Are you a Sherlock Holmes fan?

Or maybe you're just looking for something to entertain you during lockdown.

Well, Amazon have launched a new game for the Alexa and it's sounds fun.

Sherlock Holmes: The Great Game is an interactive story available as an Alexa skill.

Once downloaded, you'll go undercover with Holmes and Watson to solve a new mystery.

The official description reads: Moriarty may be dead, but a new Napoleon of Crime appears to have taken his place. Make the right deductions to guide Holmes and Watson as they fight to unmask this new foe.

The adventure doesn't stop there.

In a clever move Amazon have extended this story onto Audible.

Once you've solved the mystery you can continue the story in an eight hour audio drama! 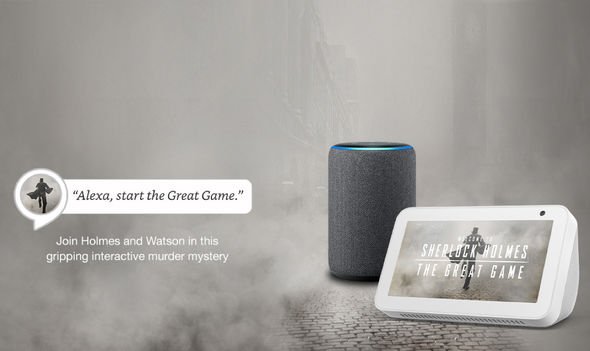 To enable the Alexa Sherlock Holmes: The Great Game skill head to the Amazon website here.

Then all you have to say is, "Alexa, play The Great Game!"