Temperatures Could Drop To -4 This Weekend

Make sure you wrap up this weekend. According to Met Eireann, temperatures could drop to -4 on Sunday night in parts of the country.

Check out the weekend forecast:

Today will be mainly dry and bright with some sunny spells. However, a few scattered showers of rain are possible. Highs of 7 or 8 degrees.

Mainly dry tonight with clear spells with the slight chance of an isolated shower. Lows of 1 to 3 degrees.

Mainly dry with bright spells with the slight chance of a shower. Maximum temperatures of 7 or 8 degrees. 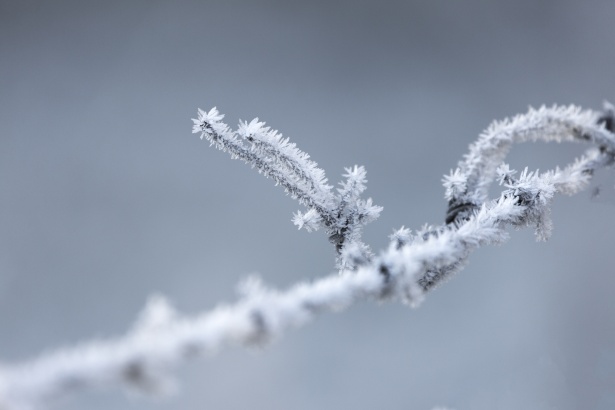 Temperatures are expected to be below normal with a risk of frost.

It's set to become warmer next week with normal values from Wednesday onwards.

Dry and mostly cloudy with a few clear spells and outbreaks of rain or drizzle in Atlantic coastal counties.

Lows of 0 to 4 degrees with a risk of frost and fog.

Cloudy at first with some patchy rain and drizzle in places. It will become bright and dry during the day with sunny spells developing.

A few scattered showers are expected in northern and eastern counties.

Sunday night will be mainly dry and clear, but very cold and frosty, with a risk of icy patches.

There could be patches of mist and fog patches also. Minimum temperatures 0 to -4 Celsius.

Monday will be a dry and bright day. Frost and fog will gradually clear but may linger in some sheltered places.

A cold day with highs of 5 to 8 degrees.

Dry in most areas on Monday night, with a risk of frost, especially in the north and east.

There's also a risk of fog early in the night, clearing later. Rain will then  move in across west Munster and west Connacht.

Five Spots For A Sea Swim In Dublin

Five Spots For A Sea Swim In Dublin