It was always going to happen to someone, and ABC News reporter Will Reeve is the first victim.

He was speaking to presenters about pharmacies using drones to deliver medicine.

However, Reeve miscalculated the shot and accidentally revealed more than he had intended to! 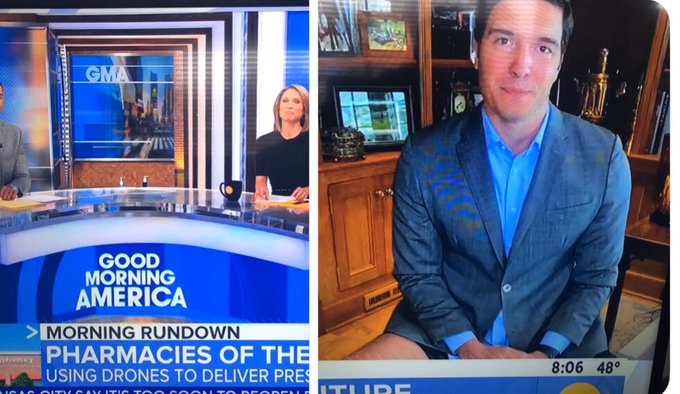 The beginning of the interview went well with Reeve looking smart in a shirt and jacket.

But when the titles disappeared from the bottom of the screen he flashed the world his boxers!

*in the most hilariously mortifying way possible https://t.co/2NQ85QEJVr

Reeve took to Twitter following his blunder to say, 'I have ARRIVED* - *in the most hilariously mortifying way possible'.

He later followed this up with a more in depth excuse for being half dressed on live TV.

Reeve said, 'Trying to be efficient I got ready for a post-GMA workout a little too soon this moring...'

When WFH goes wrong (or, your self-framed live shot goes too wide).
Hope everyone got a much needed laugh 😂 pic.twitter.com/GbyLBhL7Be

Thanks for going first Will!