And it's been reported for a while now!

The 26-year-old actor, who shot to fame following the global success of Normal People, has been dating the 28-year-old American singer since 2020.

In an interview Paul Mescal did with The Guardian, it was reported that the pair were engaged.

However since the news broke last night, the article has been corrected to say that they are "reportedly" engaged.

It's hard to know for sure! It was first reported they were engaged back in April when Phoebe referred to Paul as her "fiancé" at Coachella where she was performing.

It's reported that they've been dating since 2020, finally going Instagram official in December of last year.

In the most 2020 move as well, the origins of their romance are fully documented on the internet. 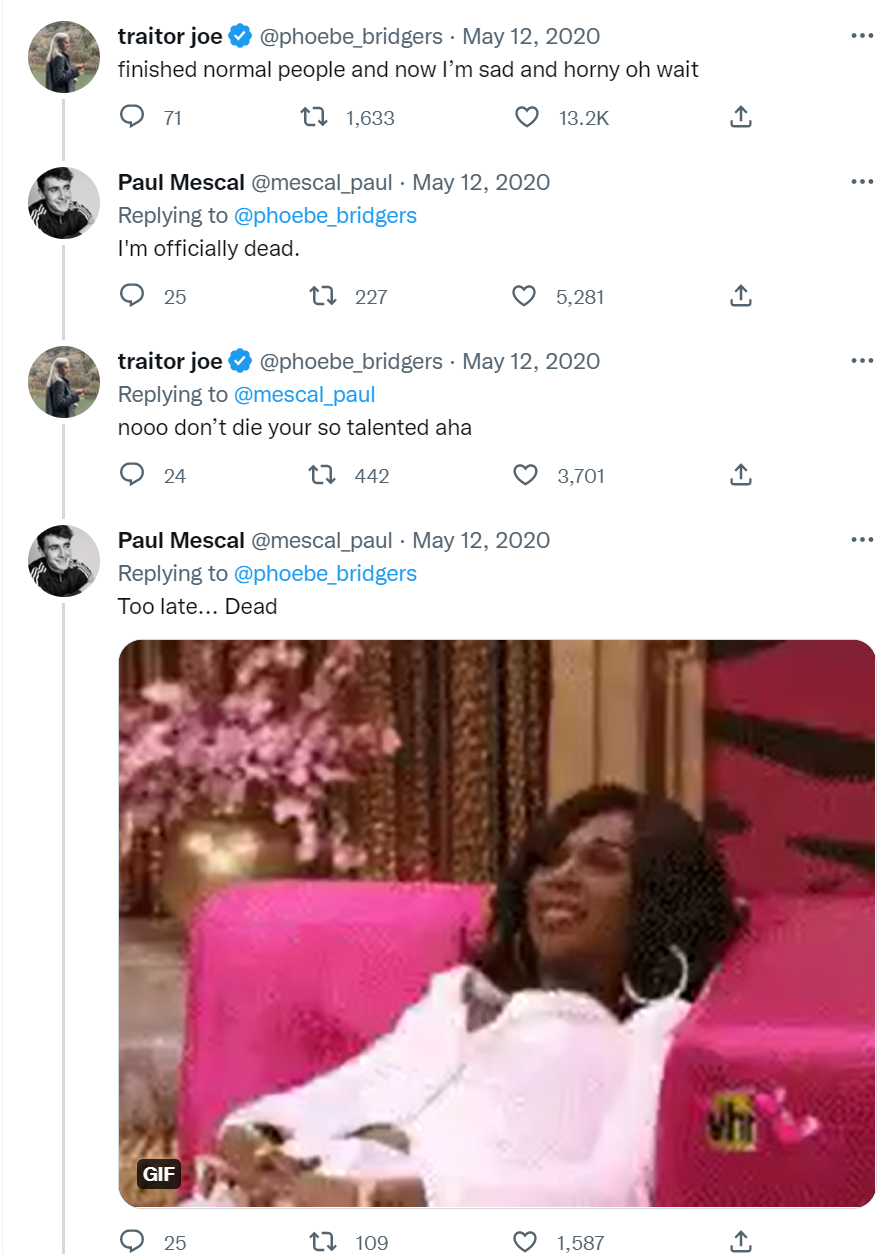 Paul, a genuine fan of Phoebe Bridger's music and still getting used to his newfound fame shortly after the release of Normal People, is starstruck at the singer knowing who he is.

Look how far they've come! All we can say is... we're obsessed.

While we're yet to get full confirmation from Paul or Phoebe that they are DEFINITELY engaged, it seems like the pair are going strong either way.

Follow @98FM online for all the latest entertainment news