Hollywood was shook yesterday evening with this news.

Jeremy Renner, best known for playing 'Hawkeye' in the Marvel films, was severely injured in an accident involving a snow plough on New Year's Day.

The Avengers star was attempting to move snow outside his home when the issue occurred, and he was the only person involved in the accident.

He is said to have experienced blunt-chest trauma and orthopedic injuries in the accident, and was airlifted to hospital.

The US is currently experiencing intense snowstorms, resulting in lots of power cuts, injuries and even many deaths across the country.

TMZ reported that Renner had been clearing the road near his home near Lake Tahoe to get his family out after a snowstorm on New Year's Eve.

The latest update that is that the actor is out of surgery and in a 'critical but stable' condition. 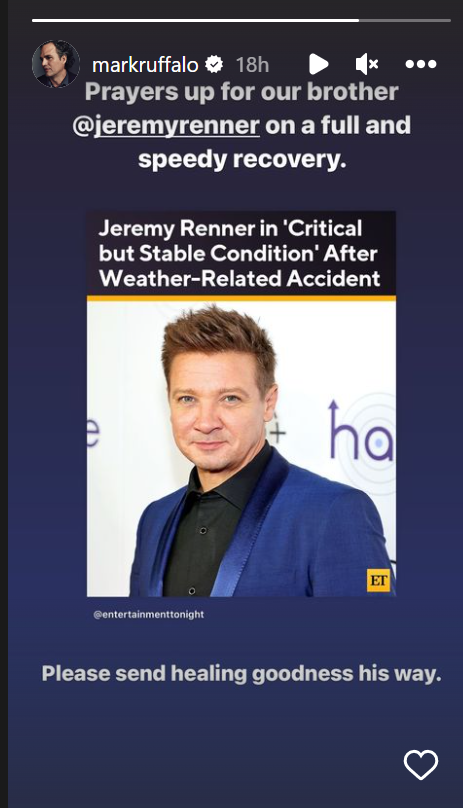 Sam Mast, a  representative for Jeremy, told CBSNews that "His family are with him, and he is receiving excellent care” in hospital.

The actor had only recently commented on the snow storms, tweeting that snowfall in Lake Tahoe was no joke

We're hoping he makes a speedy recovery and we're thinking of his friends and family at this time.