Six Nations | Ireland to face the champions in 2022 opener

The Irish rugby team will start their 2022 Six Nations Championship campaign with a match against this year's winning side.

2021 champions Wales will be the guests at the Aviva Stadium on Saturday, 5 February.

The sides met in the opening game of this year's tournament with the Welsh getting off to a winning start against 14-man Ireland. 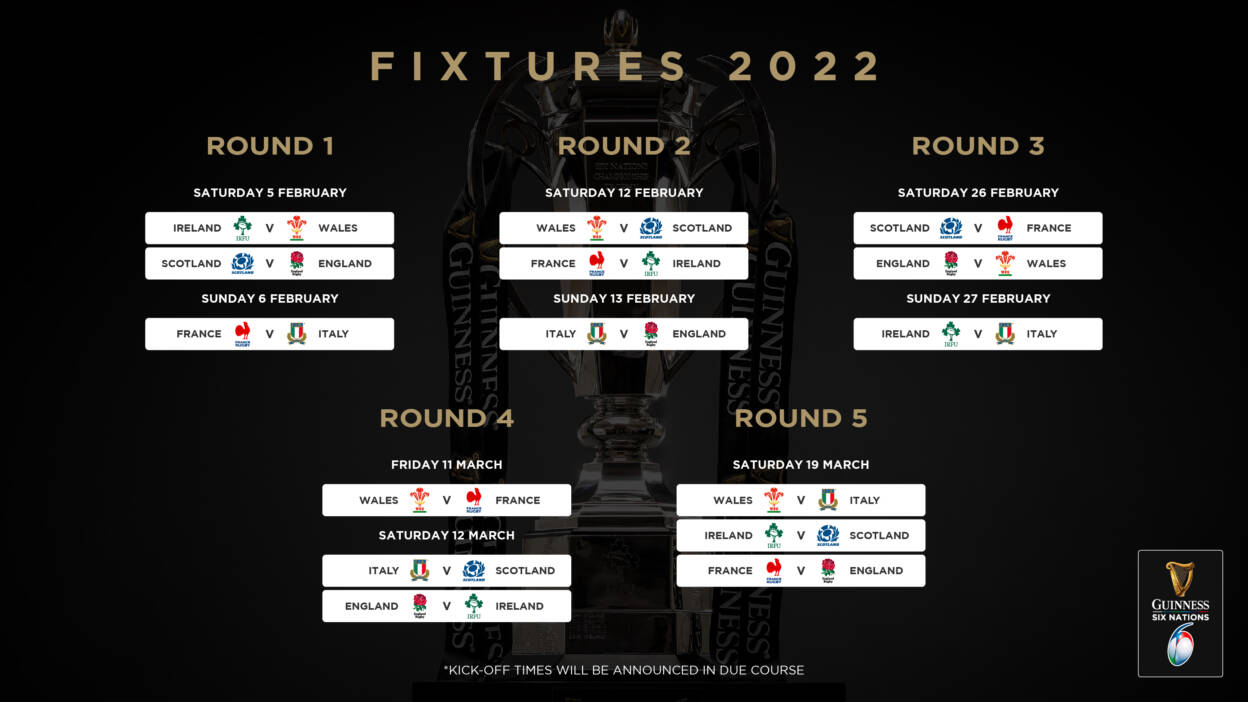 A week after their opening match, Ireland will travel to Paris to face France on 12 February. Following that is a home tie against Italy on Sunday, 27 February.

After the fixtures for the 2022 Championship were announced Six Nations CEO, Ben Morel, praised all involved for their efforts to stage this year's behind-closed-doors tournament while expressing his hope that next year will be different.

"The drama of Super Saturday with France’s last-minute win against Wales meant that the winner of the Championship was only revealed after the final match was played.

"It was an amazing effort from so many people to make the Championship happen, not least the players and staff from the unions, the broadcasters, media, and our partners.

"That effort paid off in the shape of record TV audiences and the most engaged Championship we’ve ever seen, it was truly a special achievement from so many people.

"This Guinness Six Nations entertained many of our long-standing fans and I believe we won plenty of new ones as well.

"We look forward to next year’s Championship with hopefully a return to normality when we can welcome fans back in stadia and bring that unrivalled Six Nations atmosphere into sitting rooms, pubs, and rugby clubs all over the world."