The page turns quickly. It is a phrase Leinster Senior coach Stuart Lancaster often uses. Four year ago he was getting England ready for a home World Cup. Three years ago he was out of a job. Twelve months ago he was being praised for leading Leinster to a fourth Heineken Champions Cup crown. Now he must pick up a team following their first European final defeat.

The page turns quickly. That was the message from Garry Ringrose just 48 hours after lifting the trophy in Bilbao. The fourth star was still fresh on the blue jersey, but the Leinster number 13 was already talking about a Pro 14 semi final against Munster at RDS. Twelve months on the same team are facing the same turnaround against the same rivals at the same venue and in the same competition. Will we hear the same message from the player who sits in the same seat for the media briefing today?

Dominant collisions are haunting Johnny Sexton and his Ireland and Leinster team mates again. The national side took weeks to recover from the Six Nations defeat to England in February. The visitors celebrated a 32-10 win at the Aviva Stadium thanks to 46 dominant collisions. England international Billy Vunipola helped Saracens to dominance in 38% of collisions in Newcastle at the weekend.

“We don’t feel that we are too far away.” The words of Joe Schmidt as Ireland struggled to get their Championship campaign back on track. “We’re not a million miles off.” Leo Cullen’s response after Leinster’s defeat at St James Park. 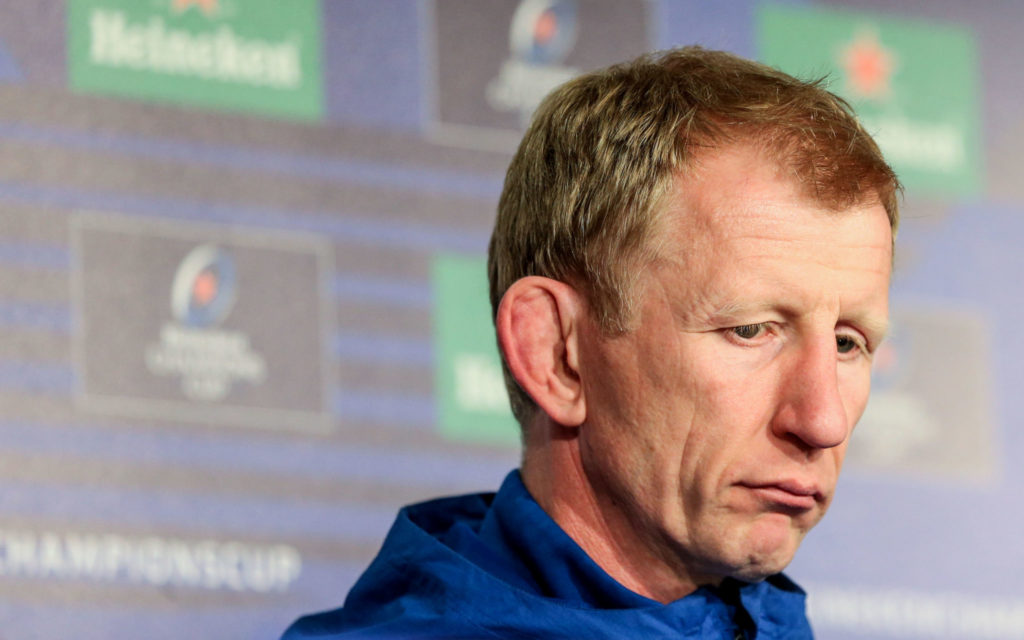 Irish rugby appears to be struggling with a power game but for Cullen that is nothing new.

“We have got ourselves into this situation over the years; we played one or two French teams as well with big packs.”

“You know is it is genetics really. You can only really do so much about it.”

The England and Saracens defeats have raised many questions for Irish rugby, but genetics is not something Leinster have to worry about with Munster this weekend.  It is make or break time for both Province's seasons. Munster have had time to digest their European defeat to Saracens. Leinster have just a week to bounce back. Can they still turn the page quickly?