France to appoint Ibanez as manager

The France coaching ticket is continuing to take shape ahead of the start of the Rugby World Cup in September, with Raphael Ibanez poised to be appointed team manager.

Ibanez will work alongside head coach-in-waiting, Fabien Galthié. The 46-year old former Bordeaux-Begles coach has been working as a pundit for France 2 and the BBC in recent years, often alongside Galthié.

Former Toulon head coach Galthié is in line to replace Jacques Brunel as France head coach, after their World Cup campaign in Japan. While his appointment is yet to formally be confirmed, that of Ibanez appears a lot closer, as he's quoted by AFP as saying he'd been offered the role as team manager by FFR President Bernard Laporte, "and I said yes to the job of manager." 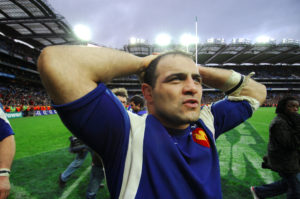 Ibanez was capped 98 times for France as a player, helping Les Bleus win back-to-back Grand Slam titles in 1997 and 1998. After initially retiring from international rugby in 2003, he was coaxed back into the fold by Laporte in the summer of 2005. He would go on to captain the side during the 2007 Six Nations, a stint that included France becoming the first visiting nation to play rugby at Croke Park.

The 46-year old had only this month committed to working as assistant coach with New Zealand side Thames Valley for this season's Heartland Championship, and may still continue in that position.

As team manager with France, Ibanez will act as a link-man between Galthié's coaching staff and the players and their clubs. It's a position that is currently unoccupied, but one Laporte entrusted to Jo Maso between 1999 and 2007.

Laporte looks set to add even more experience to the coaching ticket, with Wales' defence coach Shaun Edwards being lined-up for a similar role according to Sud-Ouest. Racing coach Laurent Labit will look after the half-backs, Lyon assistant Karim Ghezal the forwards, and Thibault Giroud the strength and conditioning aspect.