There's not long to go until the release of Dead To Me season 2. Netflix has premiered the full trailer for the show's highly anticipated new season.

Dead To Me follows two women - Jen and Judy - who form a bond after meeting at a grief support group.

At the end of season one, Jen shoots Judy's ex Steve (James Marsden) after finding out that Judy was driving the car that killed her husband.

Dead To Me Season 2 Plot

Jen (Applegate), Judy (Cardellini) and the lies that entwine them are back.

Picking up in the aftermath of that bloody backyard reveal, the irrepressible pair once again struggle to keep their secrets buried.

With a surprising new visitor in town and Detective Perez (Diana Maria Riva) hot on their heels, Jen and Judy take drastic measures to protect their loved ones and each other — no matter the cost.

From Emmy Award-winning creator Liz Feldman, Dead to Me returns for an addictively dark second season, where the stakes are higher, the friendship is deeper and the traumas that bond loom larger than ever before. 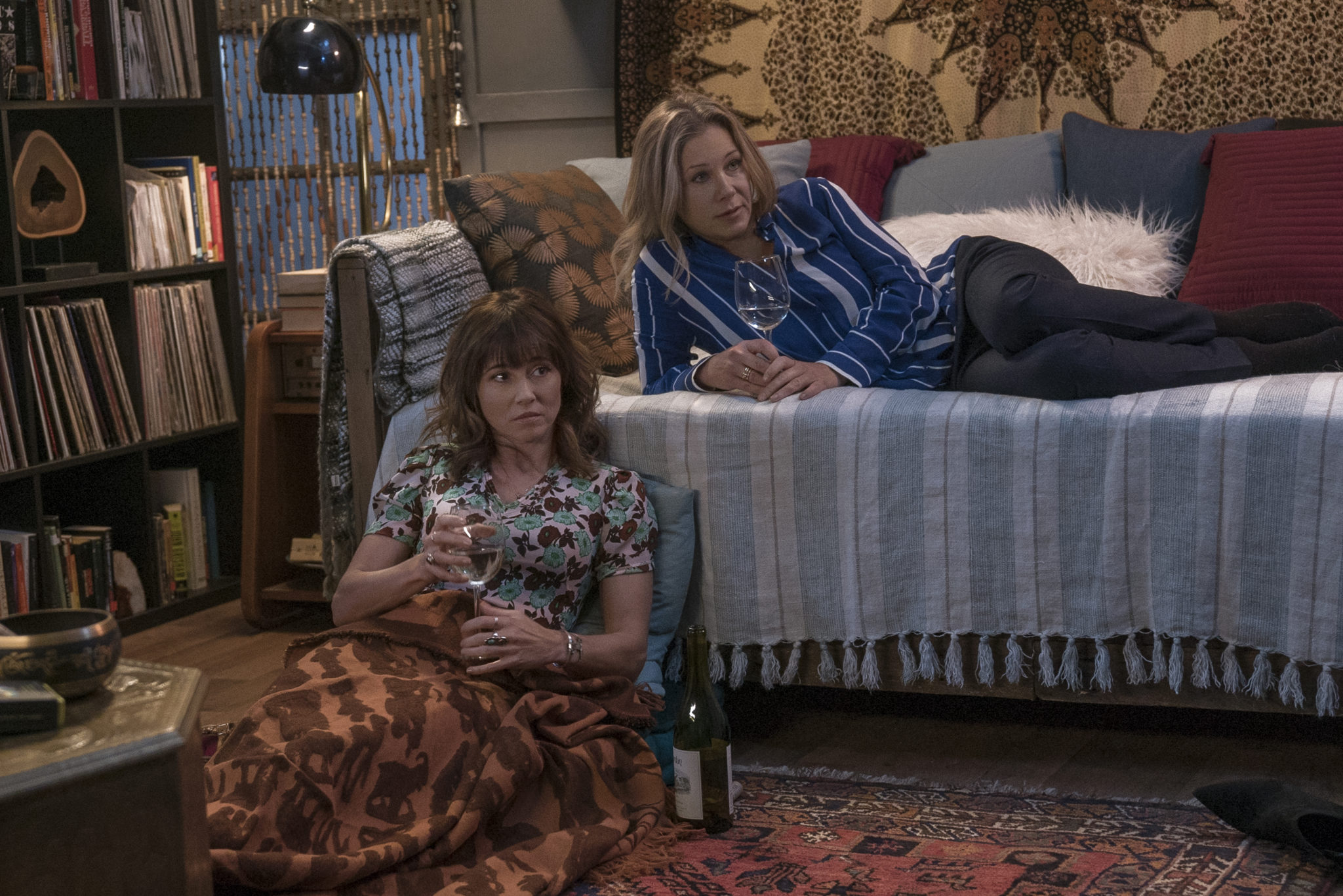 Dead To Me season 2 premieres on Netflix on May 8th.