WWE's NXT UK Takeover Dublin in danger due to COVID-19

When the WWE announced they would be bringing their next NXT UK Takeover event to Dublin, grappling fans were overjoyed, but sadly the event appears doomed.

In line with the latest government guidelines relating to the coronavirus pandemic, the show's promoters - Aiken Promotions - have postponed all of their live events through to April 19.

Takeover Dublin is due to be held at Dublin's 3Arena on Sunday April 26 and streamed live on the WWE Network.

That would make it the first ever 'pay-per-view' style show to be staged by WWE in Ireland, and while the name is problematic the occasion was due to be a big one. 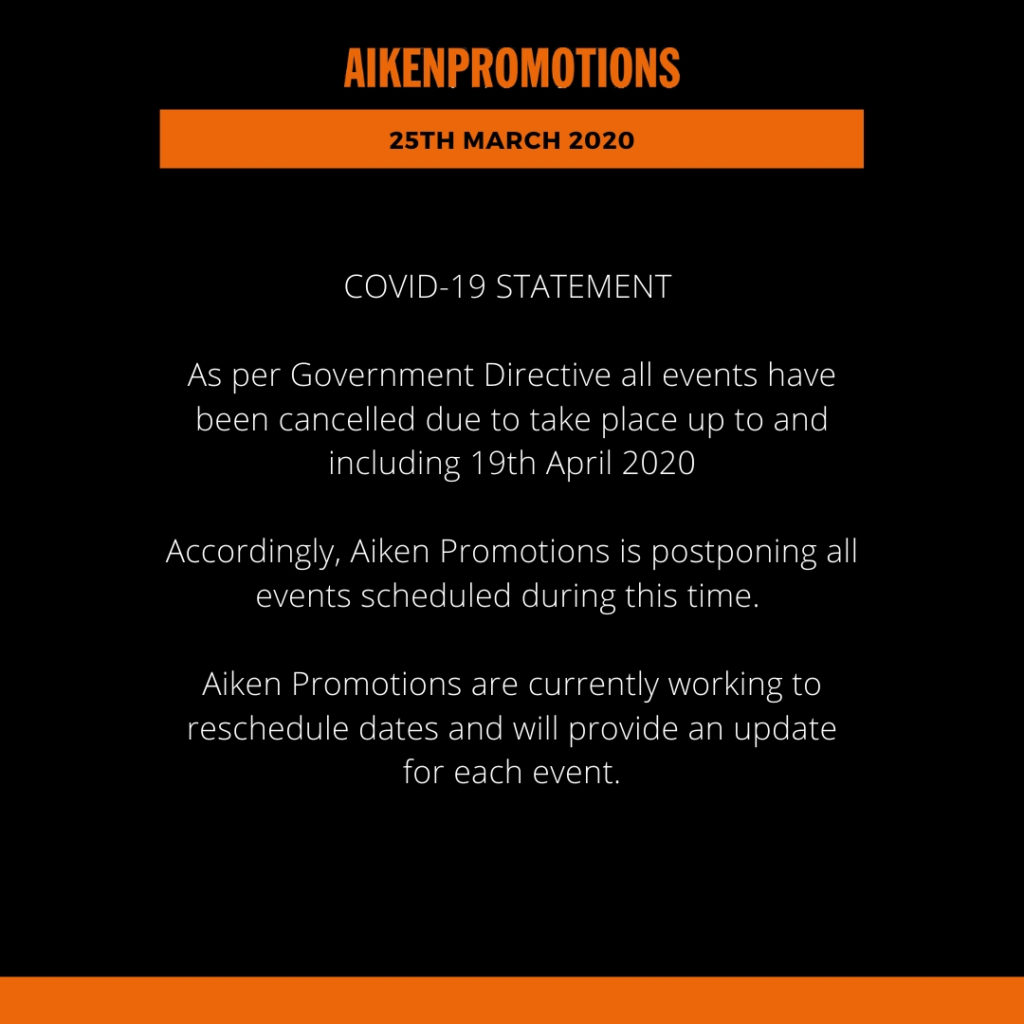 However, given all available information about what is still to come in Ireland regarding coronavirus, it appears wishful thinking that Takeover Dublin will still go ahead on the appointed date.

There has been no confirmation about the show's cancellation but it would seem a formality.

NXT UK cannot currently run any events in the United Kingdom either due to the three-week 'lockdown' imposed by Prime Minister Boris Johnson.

Indeed, even the WWE's flagship show of the year - Wrestlemania - will take place in early April in front of no fans at their Florida Performance Centre across two nights.

If the cancellation comes to pass, it would deprive Wicklow's own Finn Balor a rapturous return to the capital.

That return could have been made even bigger if the wishes of fellow WWE superstar Sheamus came to pass - the Dubliner told Sportskeeda this week that he would love to work with the man born Fergal Devitt at the 3Arena.

"I'd love to be involved", Sheamus said, "I haven’t heard anything. WWE hasn’t approached me about it, nobody has asked me about it so I don’t know. I know it’s there, it will be a huge thing. I’d love to go.

"I’d love a match with Finn, would be great. Walter. Wolfgang. You know what I’m saying? There’s a lot of great talent over there. I’m up for it all but no-one has approached me at all about it."

Unfortunately for WWE fans, such a proposal now seems a long way down the road.