The governing body's executive committee has this afternoon officially ratified a recommendation to push back the tournament in New Zealand until 2022 due to the coronavirus pandemic.

“Our hearts go out to all the players, team personnel and fans who were preparing and looking forward to the World Cup this year,” World Rugby's chairman Sir Bill Beaumont said in a statement.

“We recognise that they will be extremely disappointed, but I would like to assure them that the decision to postpone has been made entirely in the interests of their welfare, well-being and preparation and the desire to put on a showcase tournament that will super-charge women’s rugby globally.

“Postponement by a year should enable us to enjoy the benefits of the global vaccination programme, easing the burden on international travel requirements and within New Zealand itself.

“I would also like to emphasise that we are unwavering in our commitment to the women’s game and we will be investing over £2million into an international competition schedule for teams to ensure they are at their best for 2022.” 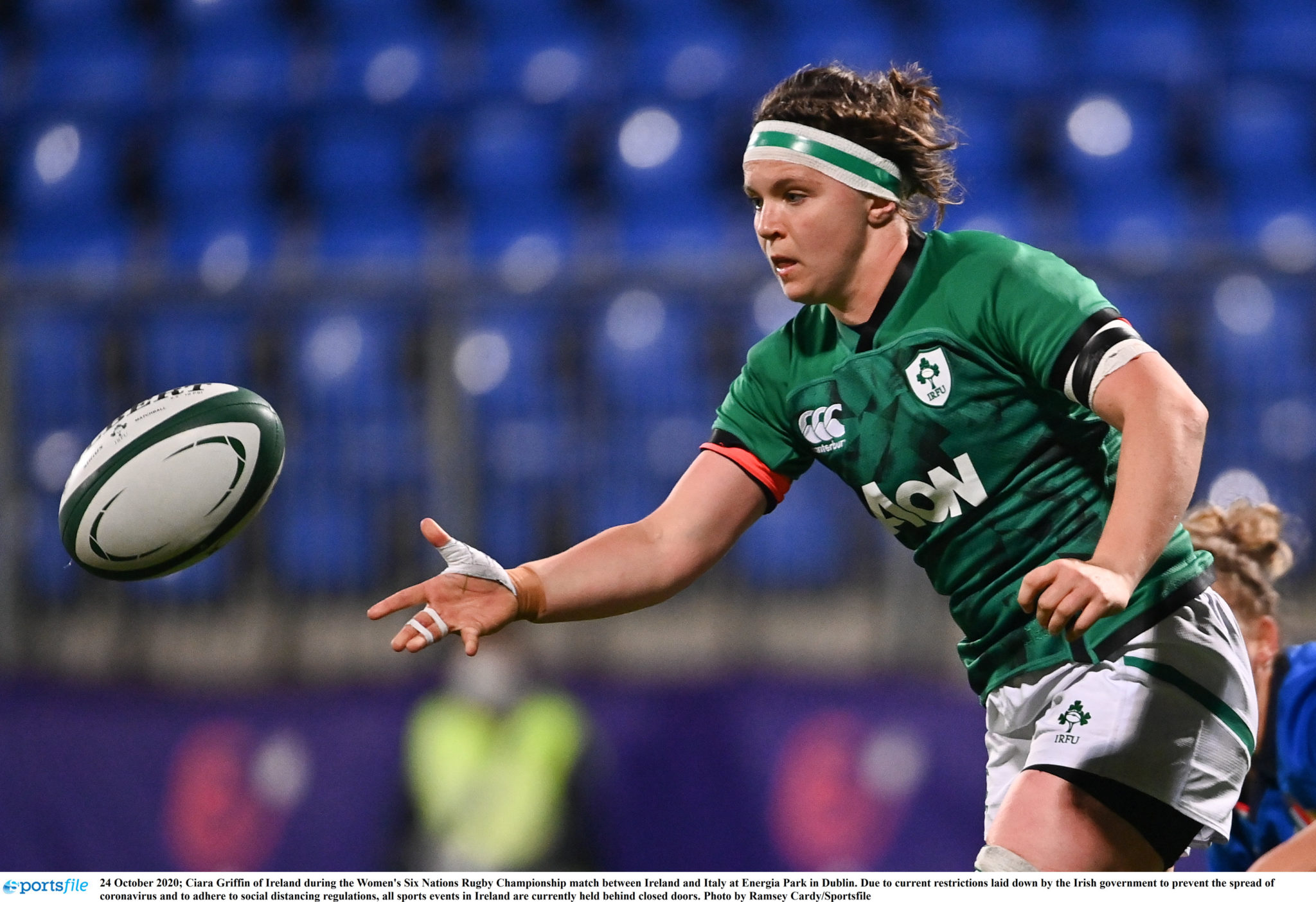 24 October 2020; Ciara Griffin of Ireland during the Women's Six Nations Rugby Championship match between Ireland and Italy at Energia Park in Dublin. Due to current restrictions laid down by the Irish government to prevent the spread of coronavirus and to adhere to social distancing regulations, all sports events in Ireland are currently held behind closed doors. Photo by Ramsey Cardy/Sportsfile

Hurt in the Ireland camp

Ireland captain Ciara Griffin says the news was a blow to the entire squad, who had been planning to qualify for the finals in the coming weeks.

“It was disappointing news,” she told Irish Rugby TV. “We’re high performance athletes. We train hard up here and we want to play games.”

“There was hurt in the camp, obviously. We push ourselves and train really hard up here trying to get ourselves peaking at the right time for these matches.

“We’re getting to have these conversations but what’s good is we’re getting to play some rugby as well. We are still in that position where we can train which is good for us in terms of team morale.