Who is Rhian Brewster? Liverpool youngster in match-day squad

With Liverpool trailing Barcelona 3-0 going into the second leg of their Champions League semi-final, some casual observers may be left asking, who is Rhian Brewster?

Liverpool have a mountain to climb at Anfield to reach the Champions League final and to make matters worse Jurgen Klopp will be without injured pair, Mohamed Salah and Roberto Firmino. It's not often Liverpool are without one of the front three but to be without two of them is rare.

Klopp has the option of Xherdan Shaqiri, Daniel Sturridge or Divock Origi but he also revealed at his pre-match press conference that teenager Rhian Brewster could be in line for his debut.

Klopp said: "There is a big chance. It’s nearly sure. It’s guaranteed."

The Liverpool manager added: "He’s ready. The situations are always like this. In an ideal world, in a season you always have much more players than you can involve in a squad."

"Rhian has now arrived with us after being heavily injured. Day by day, he has got better and better. He has been in outstanding shape for the last three or four weeks but the other players were there as well."

"Next season he will be playing 100 percent and he knows that. I have told him already."

"It’s just good so now it’s really nice in a difficult situation that we can give him that spot in the squad and have him there to bring on as a striker. When you’re on the bench, you are an option to play." 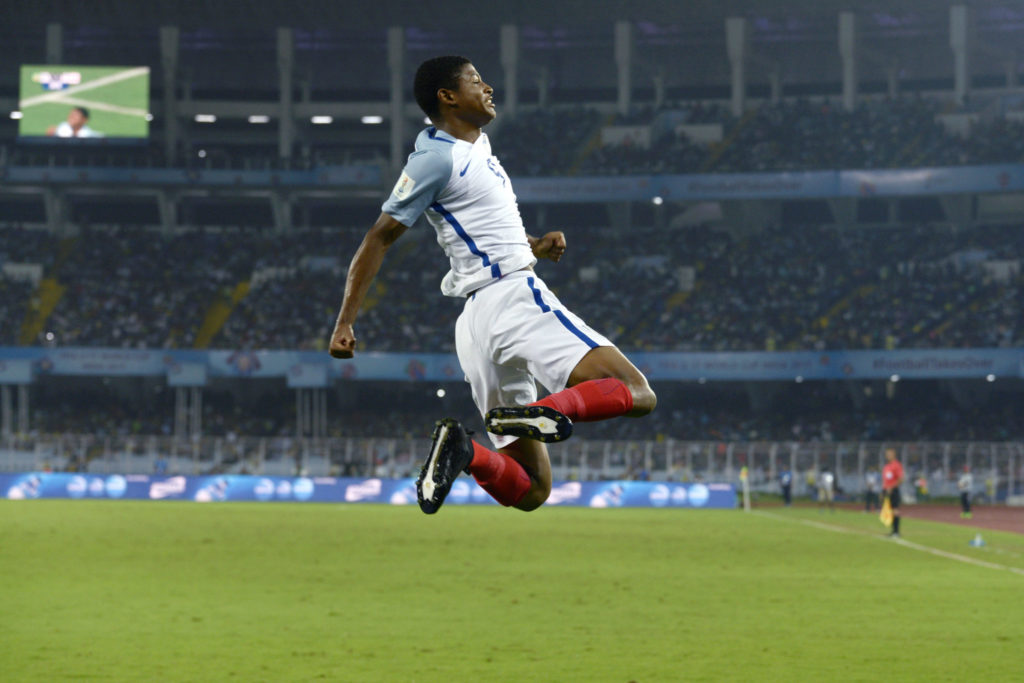 Who is Rhian Brewster?

The 19-year-old signed from Chelsea at the age of 15 and was a key member of England's Under 17's World Cup-winning squad in 2017. Brewster scored hat-tricks against the USA and Brazil en route to the final of that tournament and he was also on target in the 5-2 win over Spain in the final.

Brewster is rated highly at the club and signed a five-year contract last summer to fend off interest from Borussia Monchengladbach. He was injured in a Liverpool under-23 match in January 2018 and was forced to undergo surgery on an ankle and knee injury.

Brewster has made two appearances this year and returned to action with the Liverpool under 23's in mid-April, marking his comeback with a goal in a 6-0 win over Leicester. He is a cool finisher inside the 18-yard box and if he doesn't make his mark against Barca, he will be given plenty of first-team opportunities next season.

Liverpool are looking to become only the third team in the history of the European Cup or Champions League to come from three goals down after the first leg of a semi-final and progress to the final, after Panathinaikos in 1970-71 and Barcelona themselves in 1985-86.