The USA made it 3 wins from 3 in Group F at the Women's World Cup to remain on course for a quarter-final showdown with hosts France.

The defending champions beat Sweden 2-0 in Le Havre to maintain their winning run at the World Cup. After comfortable wins over Thailand and Chile, this was a step up in opposition but Jill Ellis' side didn't take long to get off the mark.

Lindsey Horan turned in an early corner and Tobin Heath's deflected strike double the lead after the break but only after the referee consulted VAR.

The USA will face Spain in the last 16 of the tournament while Sweden will play Canada, with both of those matches to be played on Monday.

Chile missed out on a place in the last 16 because a 2-0 win over Thailand wasn't good enough to secure one of the best third-placed finishes.

The South Americans needed a three-goal win to advance and were left to rue a missed penalty late on. 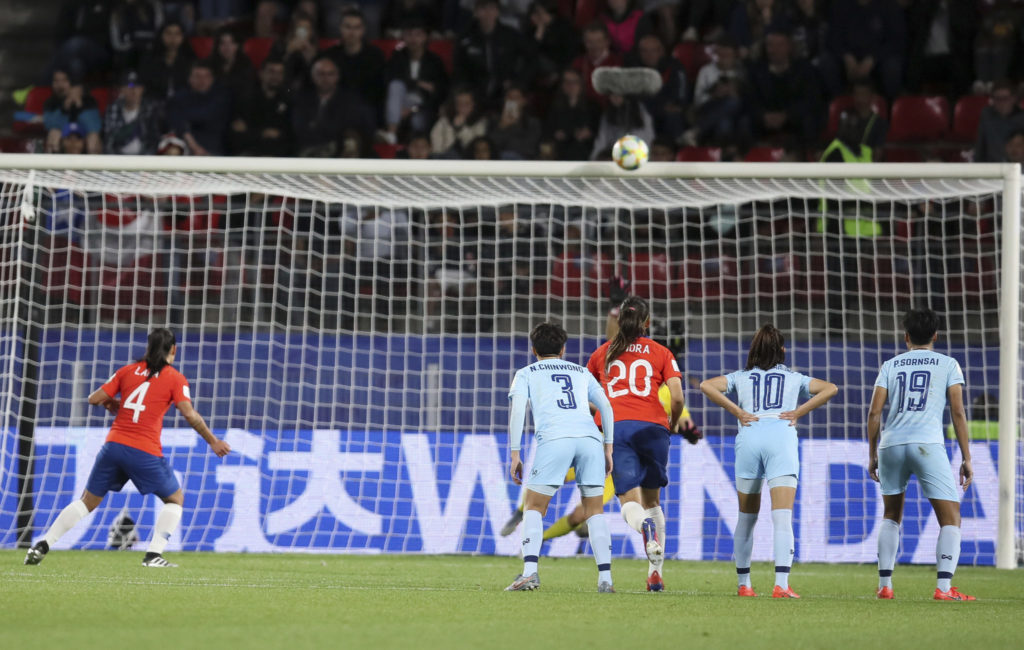 Chile's Francisca Lara hits the crossbar from the penalty spot

The Netherlands beat Canada 2-1 to claim top spot in Group E and set up a meeting with Japan. Substitute Lineth Beerensteyn scored a second-half winner for the reigning European champions, who won all three games in the group.

There was late drama in the other game in the group. Ajara Nchout scored twice for Cameroon, including an injury-time winner which gave the African side a 2-1 win over New Zealand.

Cameroon progressed as one of the best third-placed teams, and will now face England on Sunday.

The knockout phase of the tournament gets underway this Saturday.