The lock sustained a knee injury during Ireland's Autumn Nations Cup victory over Scotland at the Aviva Stadium last month.

That injury forced Henderson to miss Ulster's heartbreaking 29-22 defeat at home to Toulouse in the Heineken Champions Cup.

Speaking ahead of Saturday's trip to Kingsholm to play Gloucester, McFarland sounded a pessimistic note on the timeline for Henderson's return.

"I think a loose projection would be he’s going to probably be out for the next block of games, or this block of games," the head coach told reporters.

After the Gloucester game, Ulster have interprovincial Guinness PRO14 derbies with Connacht, Munster and Leinster before the reverse fixture with the Premiership side.

Their Champions Cup pool campaign will then conclude with the visit of Gloucester to Kingspan Stadium (Jan 16) and the trip to Toulouse (Jan 24). 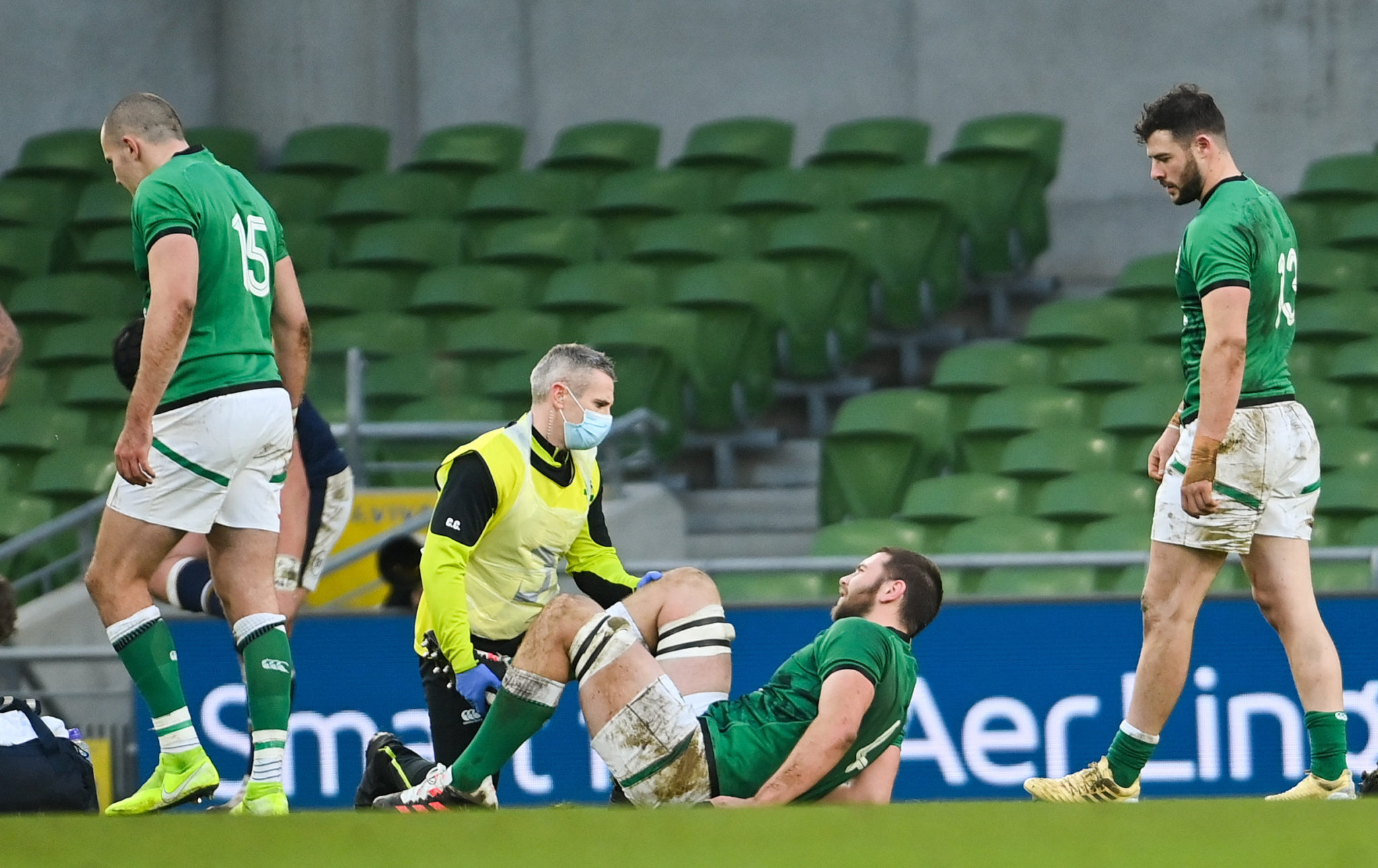 5 December 2020; Iain Henderson of Ireland recieves treatment during the Autumn Nations Cup match between Ireland and Scotland at the Aviva Stadium in Dublin. Photo by Ramsey Cardy/Sportsfile

Ireland's Six Nations campaign begins a fortnight after the curtain comes down on the European pool phase, with Andy Farrell's side away to Wales on February 7.

Ulster look set to be without Jack McGrath for the upcoming period as well.

The province confirmed that the prop suffered a hip injury in training last week and remains unavailable for selection.

McFarland will also be sweating over the fitness of Marcell Coetzee and Sam Carter this week.

Both players sustained concussions in the loss to Toulouse and will undergo the return-to-play protocols this week.