UEFA will ask football's rule makers to consider changes to the current concussion protocol. They want FIFA and the IFAB to look at allowing temporary substitutions to give players more time to be assessed.

The UEFA Executive Committee convened in Baku today - minus John Delaney - to discuss a number of matters surrounding UEFA competitions.

The issue of head injuries and concussions was brought into sharp focus again by Jan Vertonghen's head injury sustained in Tottenham's Champions League semi final with Ajax. The Belgian defender suffered a clash of heads with Toby Alderweireld, and appeared dazed afterwards. While he returned to the pitch after treatment, Vertonghen almost immediately called to be substituted. The Spurs centre-half then appeared to lose his balance and threw-up at the side of the pitch.

Spurs insisted at the time that they followed the latest protocols regarding head injuries, and that Vertonghen at no stage was concussed. 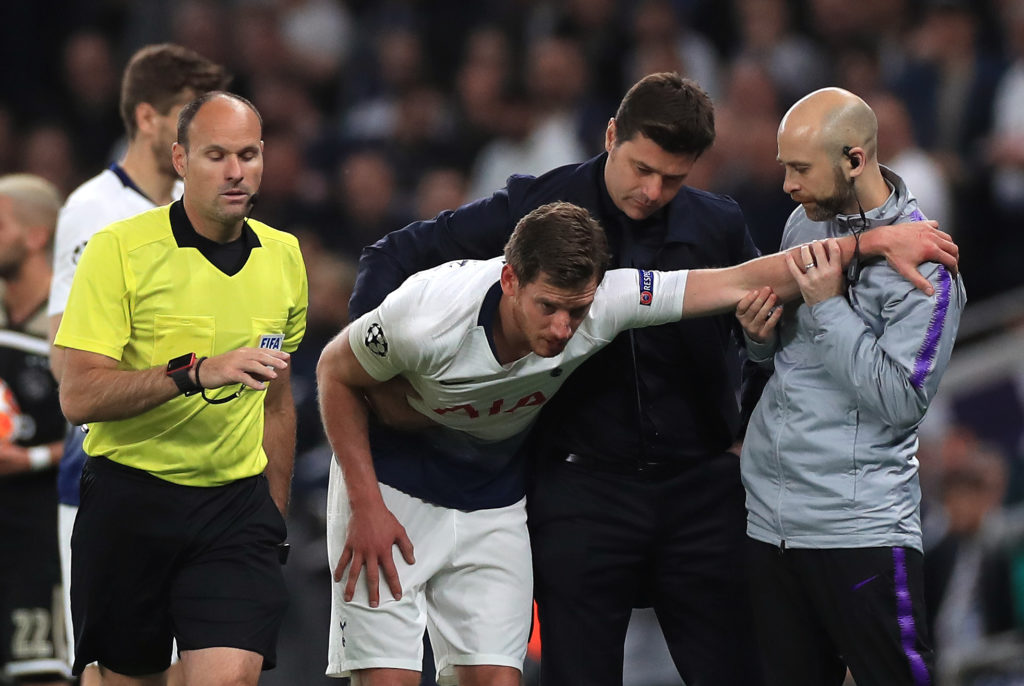 At today's meeting in Baku, the UEFA Executive Committee decided to contact FIFA and IFAB to "consider potential changes to the Laws of the Game (such as in terms of substitutions) to reduce the pressure on the medical staff and give doctors more time to assess a potential concussion off the pitch, so that no concussed player returns to the field of play."

UEFA President Aleksander Čeferin said: "The health of players is of utmost importance and I strongly believe that the current regulations on concussion need updating to protect both the players and the doctors and to ensure appropriate diagnosis can be made without disadvantaging the teams affected."

Another matter to arise at today's meeting was the issue of Baku being a host city for next year's European Championship. UEFA say they won't reconsider using the Azerbaijani capital during Euro 2020 despite the problems faced by Arsenal and Chelsea fans in attending the Europa League final there.

As pointed out by Off The Ball's own Nathan Murphy, should the Republic of Ireland qualify for Euro 2020 and finish 3rd in their group, a quarter final in Baku could be down the road.

When pressed on the matter today, Čeferin appeared to not care about the logistical nightmare that may present for fans, telling the Executive Committee, "It’s the same problem for people from Baku to come to Dublin, as for people from Dublin to come to Baku."

Luis Rubiales (Spain) was appointed UEFA vice-president today, while Noël Le Graët (France) was appointed European member of the FIFA Council until the next UEFA Ordinary Congress in 2020, both in replacement of Reinhard Grindel.

Ajax melt down Eredivisie trophy to share with their fans