Middlesbrough manager Tony Pulis has left the club following their failure to win promotion to the Premier League.

Pulis took over at Boro in December 2017 and led them to the play-off semi-finals last year but they finished seventh in the Championship this season.

Boro won five of their last six league games but ended up a point behind sixth-placed Derby County. A run of six defeats in a row between March 9 and April 6 was what ultimately cost Boro a place in the playoffs.

Pulis said after the 2-1 win away to Rotherham on the final day of the season that a seventh-place finish had been a bigger achievement than finishing in the playoffs. He was making reference to players like Ben Gibson and Adama Traore being sold by the club before the start of the season.

Those comments didn't go down well with the Boro fans but his style of play had been an issue long before the end of the campaign.

Boro only conceded 41 goals all season - the joint-best in the Championship but the problem was at the other end. Boro scored 49 league goals in 46 league games - the lowest of any top-half side. 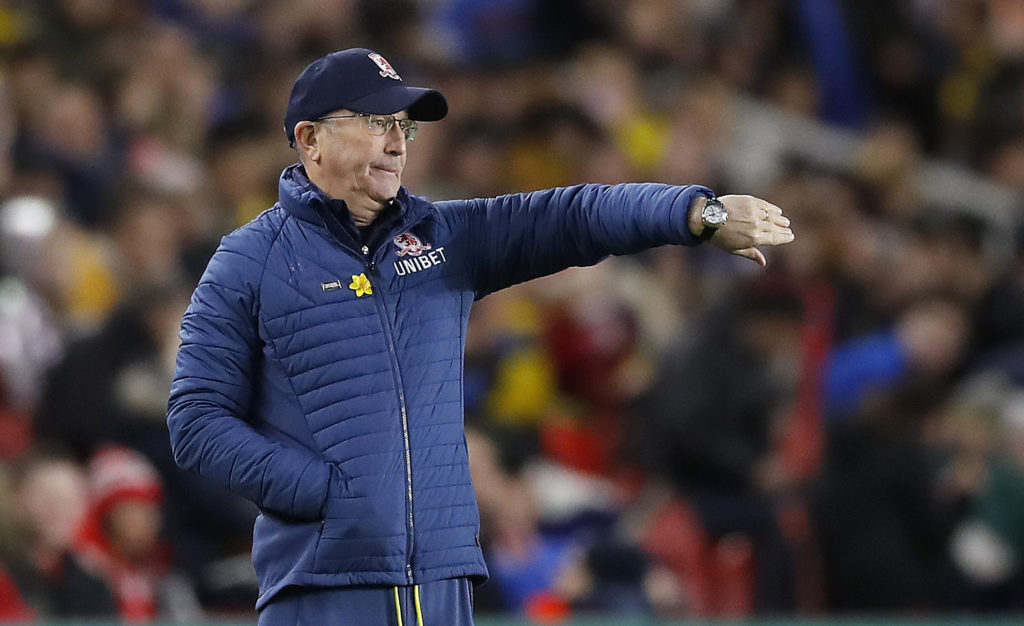 Middlesbrough Chairman Steve Gibson said: "I'd like to thank Tony for his hard work and commitment over the past 18 months. He has been a joy to work with and a complete gentleman.

"Two years ago we invested heavily in the squad in terms of transfer fees and salaries in an attempt to regain our Premier League status. This happened before Tony's arrival.

"Over the past 18 months, Tony has been proactive, not only in the ambition to win football matches and promotion to the Premier League, but also in addressing our financial position in order to comply and respect the Championship fair play criteria.

"He has ensured that the club is stable and strong for the future. He leaves us in excellent condition."

Middlesbrough first-team coach Jonathan Woodgate is in the frame for the job at the Riverside.