A report from Japan has claimed that the 2020 Tokyo Olympic and Paralympic Games is set to go ahead without overseas spectators.

The Mainichi newspaper says that concerns over Covid-19 have led to the Japanese government starting preparations to host the rescheduled Summer Games with no visiting fans.

Tokyo 2020 organisers say that an official decision will be made at the end of this month but the newspaper quotes a source close to the government who told them, "Under current circumstances, we cannot accept spectators from overseas."

The attendance of local and overseas fans was a key part of the discussions and IOC president Thomas Bach said before the talks began that making sure the Games go ahead is vital. 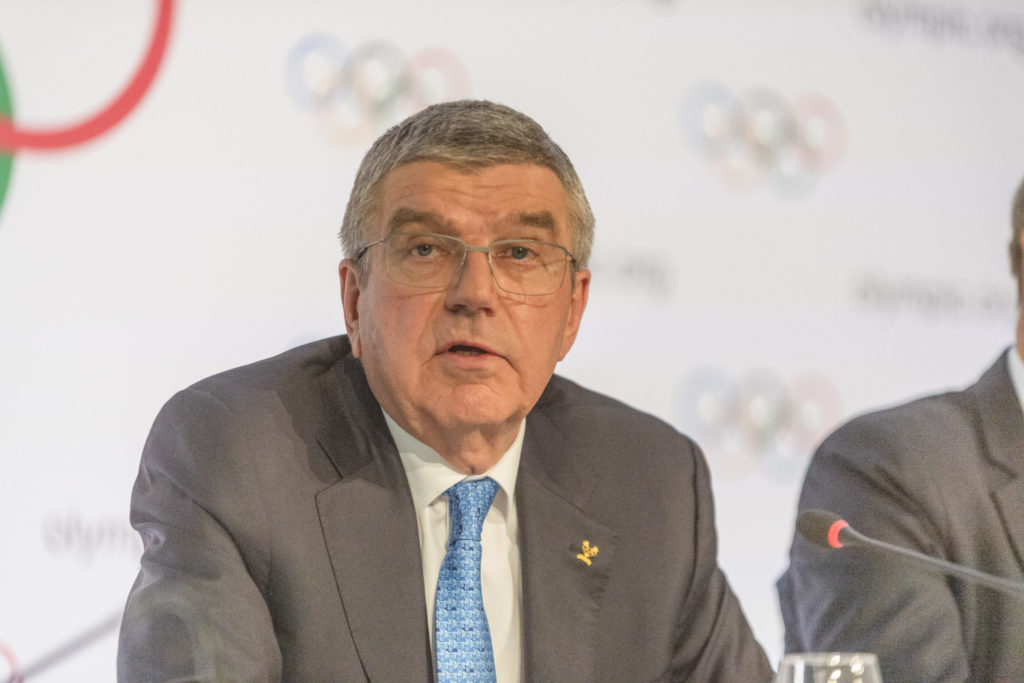 Thomas Bach, IOC President, who chairs the press conference regarding the Coronavirus in relation to the working group that has been set up for the Tokyo 2020 Olympic Games to make them safer at Olympic house in Lausanne, Switzerland on March 4, 2020. (Photo by Eric Dubost/Pacific Press/Sipa USA)

"I think we all agree that we will focus on the Games," he said. "That means mainly the competitions.

"This has to be the clear focus to have a safe, secure and fair competition for all the athletes, because this is the core of the Olympic Games.

"In this respect, we may have to set one or another priorities, and we have to be aligned in these priorities.

"I do not think this is a challenge because we agree on this principle."

The Olympics are due to begin on 23 July but the Japanese public has been opposed to them going ahead due to concerns over people coming into the country in the midst of a pandemic.

11,000 Olympic athletes, and later 4,400 Paralympians, and tens of thousands of coaches, judges, sponsors, media and VIPs are due to travel to Japan.

Bach said that vaccinations will not be a requirement but that he is pleased to see that national organising committees have already started vaccinating athletes.

"We have started this initiative, in particular with all the NOC's of the world, who have as many participants as possible arriving vaccinated to Tokyo," said Bach.

Roger Federer pulls out of Olympics with knee injury