Manchester United manager Ole Gunnar Solskjaer says his players "are giving everything" but he admits the 2-0 defeat to Burnley "wasn't good enough".

It was an eight Premier League defeat of the season, leaving United six points off the Champions League places.

United were booed off by their own fans at the full-time whistle but at that stage, there were a lot of empty seats at Old Trafford.

United have lost more Premier League games (12) than they have won (11) since Solskjaer was made permanent manager in March.

Solskjaer told BT Sport after the game: "We have got to hold our hands up and say it wasn’t good enough.

"In the first half we created some half openings but we were not sharp enough to take our chances.

"They were clinical and efficient and defended well. We couldn’t open them up.

"The boys have given everything they have got but they are experiencing this period for the first time in their lives.

"When you are at Manchester United you are playing at the biggest and best club in the world.

"I’m going to back them and help them get through this. We can’t do anything but hold our hands up and say it’s not good enough.

"You can talk about it all day long and we are disappointed with our points tally. We work every single day for these boys to improve and perform better than this.” 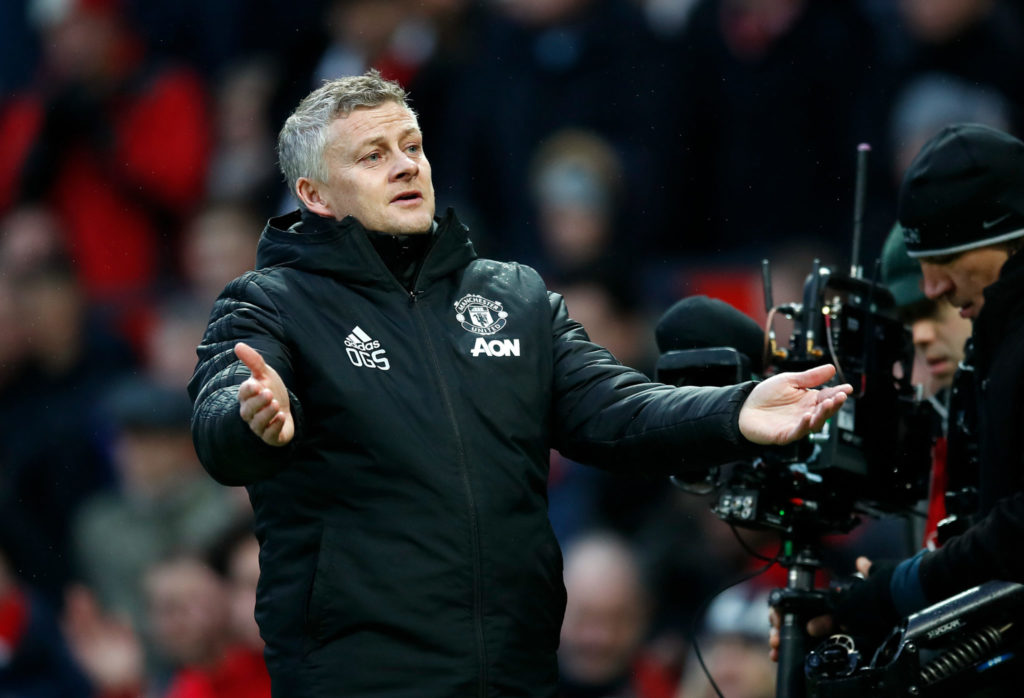 United fans vented their anger with anti-Glazer and Woodward chants but Solskjaer was more concerned about matters on the pitch.

"I’m responsible for what’s happening on the pitch and of course we’re looking to strengthen.

"I can understand supporters are disappointed, we need to make sure we try to help the players and the club.

"I think the players hear the fans when they support them and that’s helped them, so (let’s hope they) keep sticking at that."

United are yet to sign a player during the January transfer window and time is running out.

Solskjaer is hoping to add to his squad before the end of the month: "Hopefully we can get something over the line, these players are being stretched.

"We are looking to improve, we have got our targets, we have started a clear-out and now I am going to be answering these questions until it [transfer window] closes. We are working on things."

United will travel to the winner of Thursday's FA Cup third-round replay between Tranmere and Watford on Sunday.