Wilder - a boyhood fans of the Blades - guided the club from League One to the Premier League but left by mutual consent earlier this month.

Sheffield United finished 9th in their first season back in the Premier League but are bottom of the league this season with just four wins from their 29 top-flight games.

Club owner Prince Abdullah has publicly stated that Wilder wanted out for the last three months and he was also critical of the former manager's dealings in the transfer market.

For that reason, the Blades plan to hire a Director of Football to oversee recruitment but that decision was a contributing factor in Wilder's exit.

"I was really worried and I knew that a phone call or a Zoom call would not do the trick, I had to sit with him.

"The problem was, because of Covid, all Saudis were banned from leaving the country. I spent two weeks trying to get permission to leave.

"As soon as I got that, I flew to London and drove to Sheffield and met Chris before the Southampton game [a 3-0 defeat].

"I told Chris, if we lose every game until the end of the season, we are not going to fire you. We need you to be our coach.

"I am not talking about emotion, I just believe you are the best manager to bring us back to the Premier League.

"I told him recruitment could be better and that we could sit down after the season and talk about how we could make it better.

"I told him that I am not happy that sometimes after defeats when you talk to the media [and say], 'I can't make cake out of sand' and when he says, 'all I have is Championship players'.

"It does not reflect well on the club image. Those players finished ninth in the table last season, it hurts the club financially.

"I am OK with Chris taking all the credit when we win but at least take some responsibility when we lose. Don't, under the pressure of some losses, say 'everything around me is rubbish'."

Wilder's exit was widely reported a couple of days before any official announcement from the club.

Prince Abdullah continued: "Chris explained in a one-hour call why he wanted to resign. He said that he felt the team needed a change, a new voice.

"We were very clear and said we don't want to fire you but if you want to resign, you can, but we will not pay you the same money as if we were firing you.

"The emails started between his representatives and our financial guy and we were astonished to find he had asked for £4m to resign.

"We said, 'no way are we going to pay you £4m, you are resigning, we are not firing you, why would we have to pay almost one year's salary?'"

Prince Abdullah was also very critical of some of Wilder’s moves in the transfer market - notably his spending on strikers. 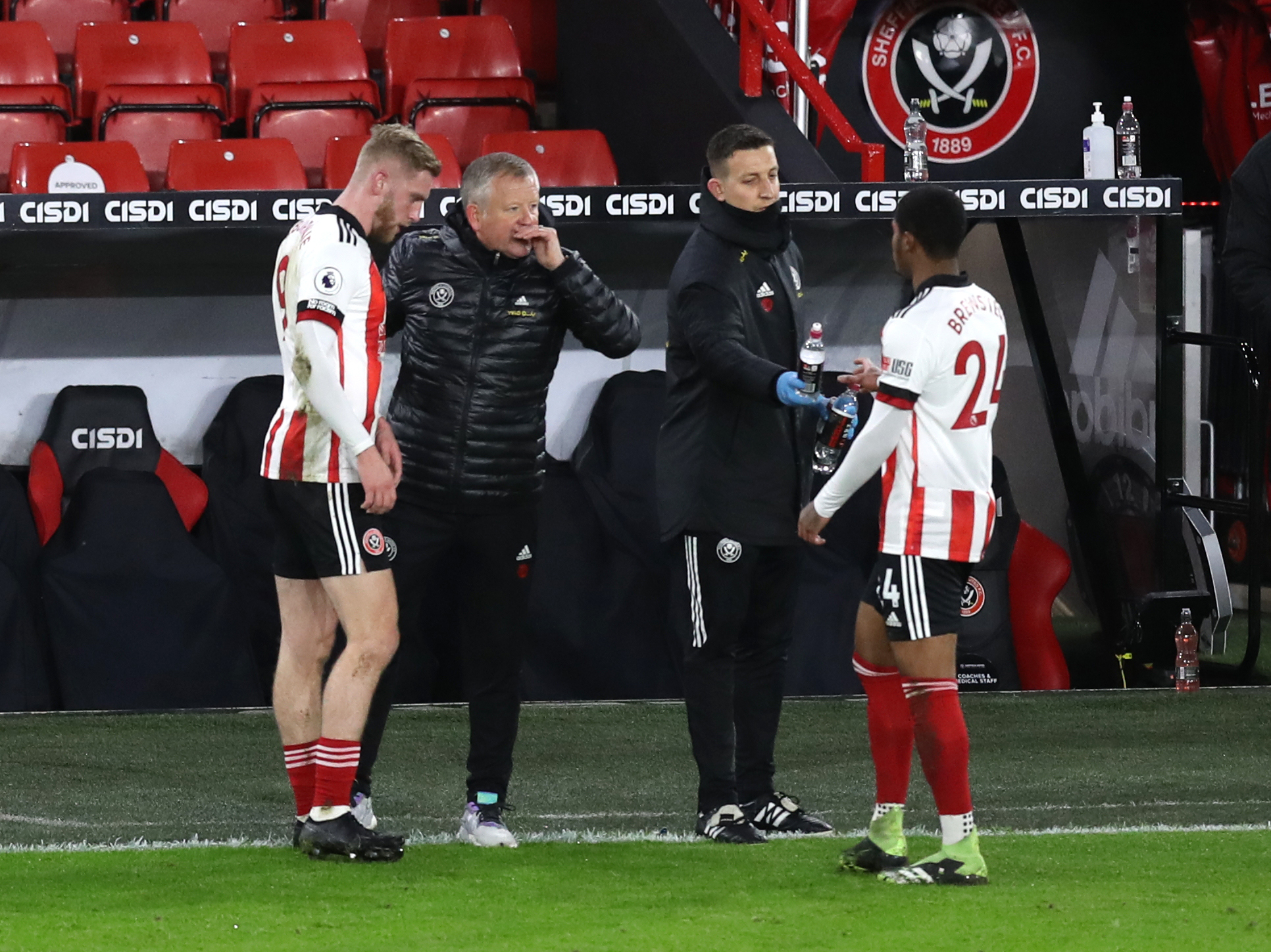 The Blades have scored only 16 goals in the league this season despite spending a potential £23 million on Rhian Brewster, who has failed to score.

Scoring goals was also an issue for the team last season but their success was built on a solid defence and the excellence of on-loan goalkeeper Dean Henderson, who returned to Manchester United last summer.

"We also talked about the January transfer window just before the Southampton game. I felt good after the meeting and I gave him assurances. I went back to Saudi, I felt good," added Prince Abdullah.

"Then after we lost to Palace at the beginning of January, Stephen called me and told me Chris wanted to resign.

"I felt it was my mistake because we recruited how Chris wanted, we spent over £120m.

"Liverpool and Tottenham have two forwards, we have six. The new coach may not want six forwards and we spent around £60m on them."

What next for the Blades?

Paul Heckingbottom is currently in caretaker charge and the focus is already on trying to bounce back and secure promotion from the Championship next season.

"Our first priority is to get back to the Premier League. All options are open," he said.

"We will make a decision soon but we want to see how the team performs for the last eight or nine games of the season.

"We want a coach who will be involved in recruitment but we have to learn from the mistakes we made before."