"Shane Duffy has been great with me all week" | Dara O'Shea

Republic of Ireland defender Dara O'Shea says Shane Duffy has been mentor to him during this international window.

With Duffy struggling for form at Celtic, Stephen Kenny opted for Seamus Coleman, Ciaran Clark and O'Shea in the centre of the Irish defence in Wednesday night's 3-2 defeat at Serbia.

The West Brom youngster won his fifth international cap in Belgrade and he's thankful for the support he's receiving from Duffy as the build up continues to tomorrow's World Cup qualifier against Luxembourg.

"Shane Duffy has been great with me all week. He has been giving me little tips and advice, and when somebody with that much experience and quality speaks, you listen.

"For him to be so understanding and so supportive was great for me, and it gave me a boost in confidence.

"It was more tactical stuff and being a leader in the back three, you've got to command it, you're the middle presence there so you've got to make it felt throughout the team." 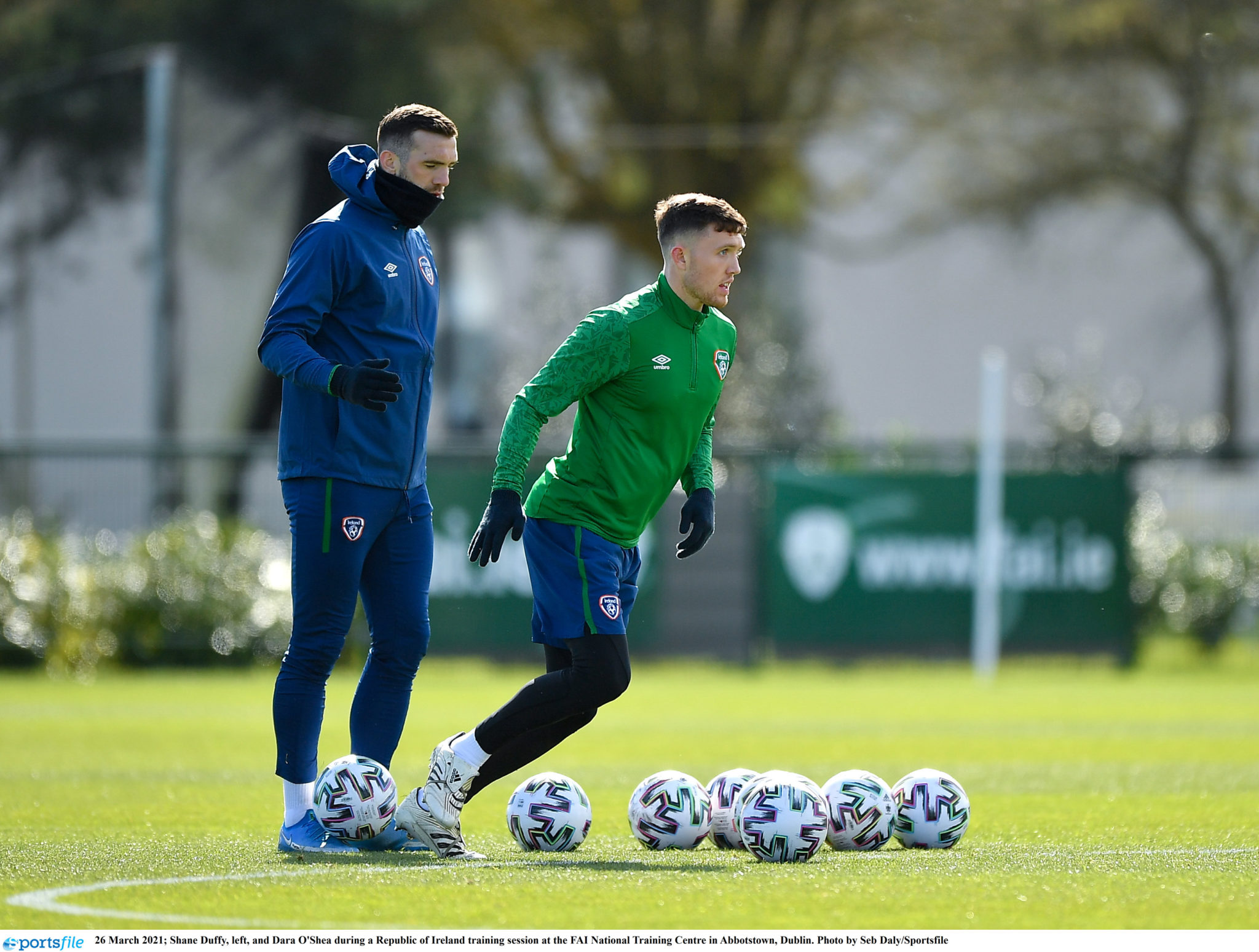 O'Shea has also praised his captain Seamus Coleman, after the Donegal defender made his first appearance for Ireland in 18 months on Wednesday night.

"Seamus is brilliant. He's outstanding for club and country and being the leader he is. Having the chance to play alongside him, which I haven't before, was great.

"He really drives the team on and epitomises everything that Ireland is. He's a great leader on and off the pitch and is somebody that you want to be playing alongside.

"We've got some unbelievably experienced players here, players who have so many caps for their country and have played so many times for their clubs as well.

"We played well in parts on Wednesday but a whole collective performance on Saturday is what we're working towards."