Saracens statement on relegation | 'Goal is to rebuild confidence and trust'

Reigning English Premiership champions Saracens have apologised for their mistakes, and accepted relegation to the second tier after breaching salary cap regulations.

The European Champions Cup holders were handed a 35-point deduction and fined £5 million for salary cap irregularities in November of last year.

In a statement, the club add that their "goal is to rebuild confidence and trust".

The club will finish this season before entering the Championship for 2020-21.

Today's statement on the club's official website said they were accepting of the decision to demote.

"The Board of Saracens wishes to unreservedly apologise for the mistakes made in relation to the salary cap regulations.

“Our goal is to rebuild confidence and trust. The first step was to appoint a new independent chairman to lead on governance reform ensuring errors of the past are not replicated in the future.

"Furthermore, following open and frank discussions with PRL, we have accepted the unprecedented measure of automatic relegation from the Premiership at the end of the 2019-2020 season.

“We understand this decision will be difficult for the Saracens family to accept. The Board must embody the values of the club, learn from its mistakes so the Club can come back stronger.

"It is in the wider interests of the Premiership and English rugby to take this decisive step, to ensure everybody is able once again to focus on the game of rugby, which we all love.

“We hope that we can now start to move forward, begin to restore confidence and over time, rebuild trust with PRL, its stakeholders and the wider rugby community.”

Chairman of the club Neil Golding gave his reaction to yesterday's news of Saracens' relegation.

"I acknowledge the club has made errors in the past and we unreservedly apologise for those mistakes.

"I and the rest of the Board are committed to overseeing stringent new governance measures to ensure regulatory compliance going forward.’’ 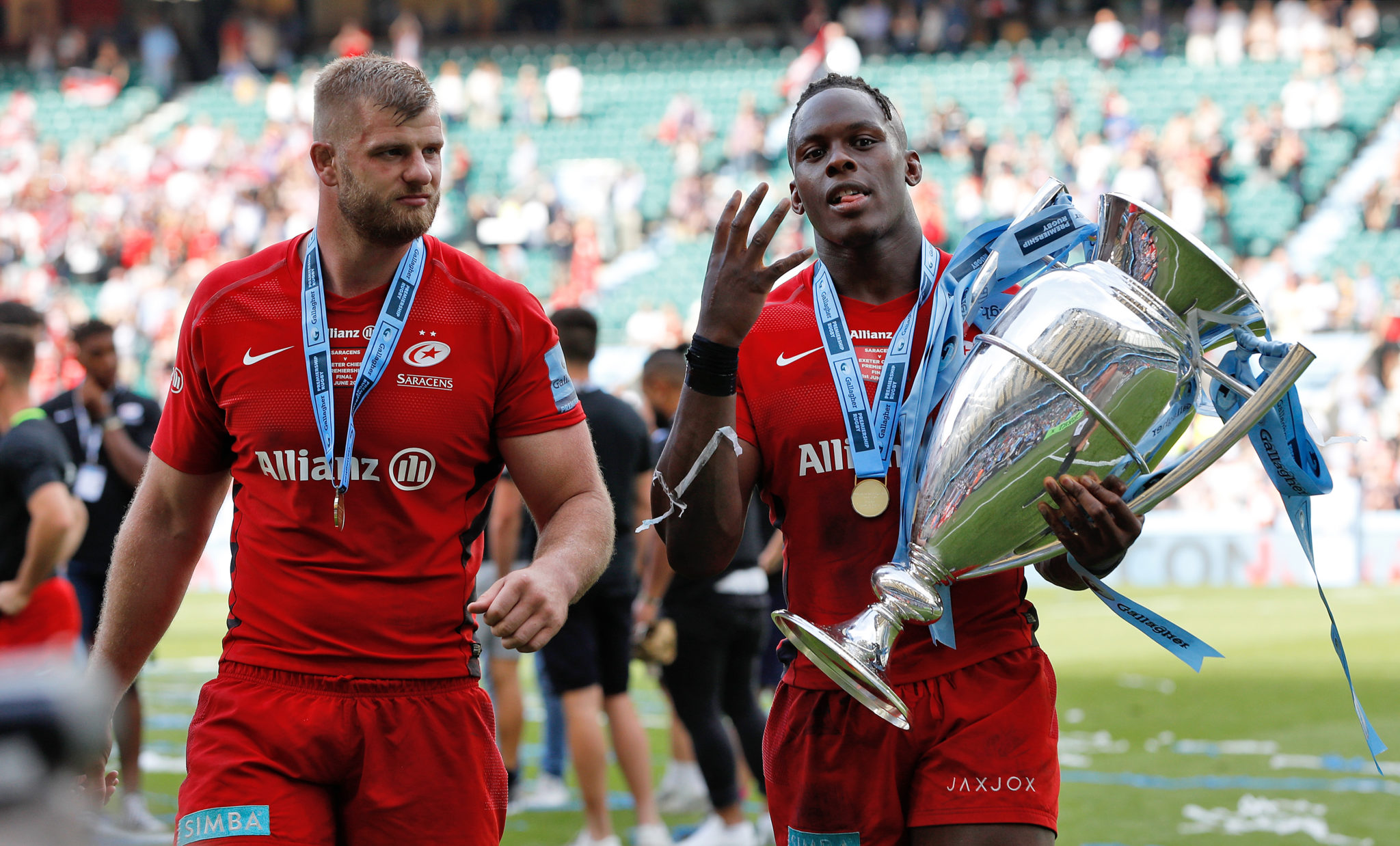 Speaking to Nathan Murphy on Off the Ball last week, Saracens and England lock George Kruis said he didn't feel the breach had put an asterisk around their achievements.

“I personally don’t think so. I think if you look at it and pick it apart in terms of how we got there, in terms of creating a load of academy players and bringing them through. I think there’s a great argument against that.

“Look, it is what it is. I’m aware that everyone’s got different opinions on it. From being inside the camp I’ve obviously got a different sort of opinion from a lot of other people.

“There are players from other clubs who are standing up and saying that they have been trying to do things the right way. So everyone’s got different opinions and that’s my view on it."

Saracens take on Racing 92 in the Europan Champions Cup this afternoon at Allianz Park.

Five Irish players nominated for European Player of the Year

Connacht into last-16 but French league to fight Toulouse cancellation