Republic of Ireland goalkeeper Kieran O'Hara has been charged by the Football Association with allegedly biting an opponent.

The 23-year old is alleged to have engaged in an incident of "violent and/or improper conduct" in the 44th minute of Burton Albion's League One game with Peterborough United on Saturday February 29.

A picture circulated on social media by a Peterborough fan appears to show O'Hara making contact with the arm or shoulder of Sammie Szmodics.

The striker was seen complaining to match referee Brett Huxtable after the incident. No action was taken at the time, but it's believed Huxtable included the incident in his match report. 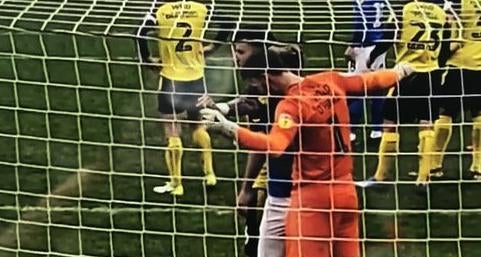 O'Hara's club Burton have confirmed he's been charged with a breach of FA Rule E3.

Peterborough did not make an official complaint about the incident.

The keeper has until Friday March 6 to respond to the charge, and Burton have confirmed they will be contesting it and making no further comment at this time.

O'Hara has played every minute of Burton's League One campaign this season and has been capped twice by Mick McCarthy - most recently in November's friendly win over New Zealand at the Aviva Stadium.