Ireland flanker Peter O'Mahony has put pen to paper on a two-year contract extension with the IRFU, which will keep him at Munster until 2023.

The 31-year-old Lion has won 74 caps for his country since making his debut against Italy in the 2012 Six Nations.

He's also captained Ireland on eight occasions and has been the Munster skipper for almost eight years, making 141 appearances for his home province.

“It’s a huge privilege to sign on with the province and country I’ve grown up in and dreamed of playing for," O'Mahony said of his new deal.

"It’s been something I’ve been very open about saying from day one and its very pleasing to be able to continue the journey for two more years.

"There’s a huge amount of responsibility that comes with representing both teams and I understand how much pressure there is to deliver silverware, however, I am incredibly enthusiastic on the position and competitiveness of both Munster and Ireland and I look forward to hopefully contributing to both, to succeed in delivering that success on the pitch.” 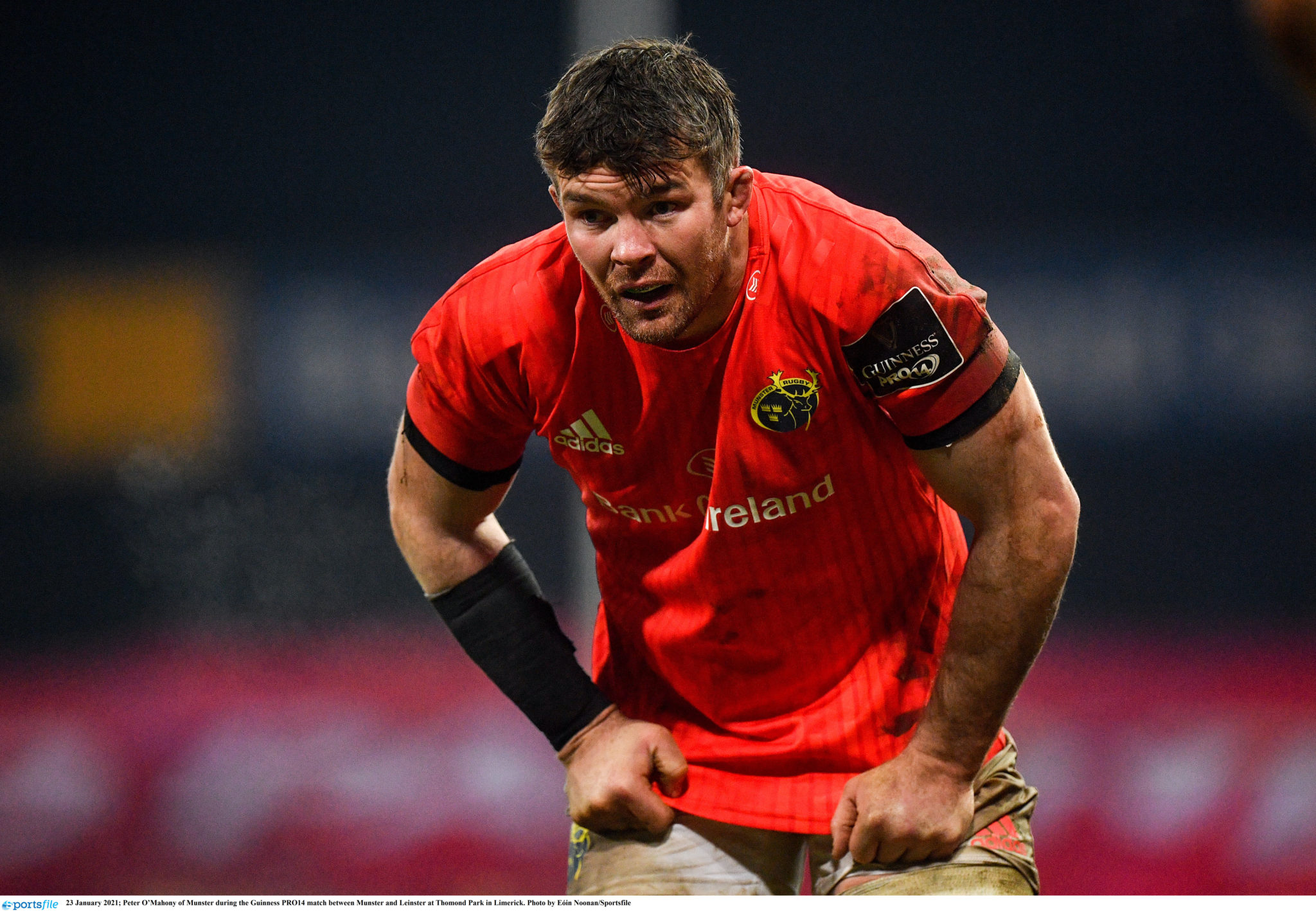 23 January 2021; Peter OMahony of Munster during the Guinness PRO14 match between Munster and Leinster at Thomond Park in Limerick. Photo by Eóin Noonan/Sportsfile

O'Mahony will sit out Ireland's trip to Scotland in the Six Nations on Sunday week as he serves the final of a three game suspension following his dismissal against Wales in the opening game of this year's Championship.

The IRFU's Performance Director, David Nucifora, says they've secured the future of a key member of the Ireland dressing room.

“Peter has played a leadership role in Munster from an early age and is one of the senior leaders in the national squad. He is a competitor and passionate about playing for both Ireland and Munster.”