'For the moment he's part of our group' | Potter on Duffy

Brighton manager Graham Potter has moved to dampen speculation over the possible departure of Republic of Ireland defender Shane Duffy.

The Derry native is currently with Stephen Kenny's Republic of Ireland squad who are in Dublin preparing for the opening match of the upcoming UEFA Nations League campaign, away to Bulgaria this Thursday evening.

Duffy had been a first team regular under previous Seagulls boss Chris Hughton but his time on the pitch became more limited after Potter took the job in the summer of 2019. The 28-year-old made just 12 starts in 19 Premier League appearances last term.

It has led to Duffy's name being linked with a move to Scottish Premiership champions Celtic as well as Premier League clubs West Ham United and West Bromwich Albion but his boss insists that there is no substance to the stories of him leaving the south-coast club.

"You understand the speculation with Shane because he's an important player and an important character and he wants to play football.

"So of course, people are putting two and two together and it's an obvious one." 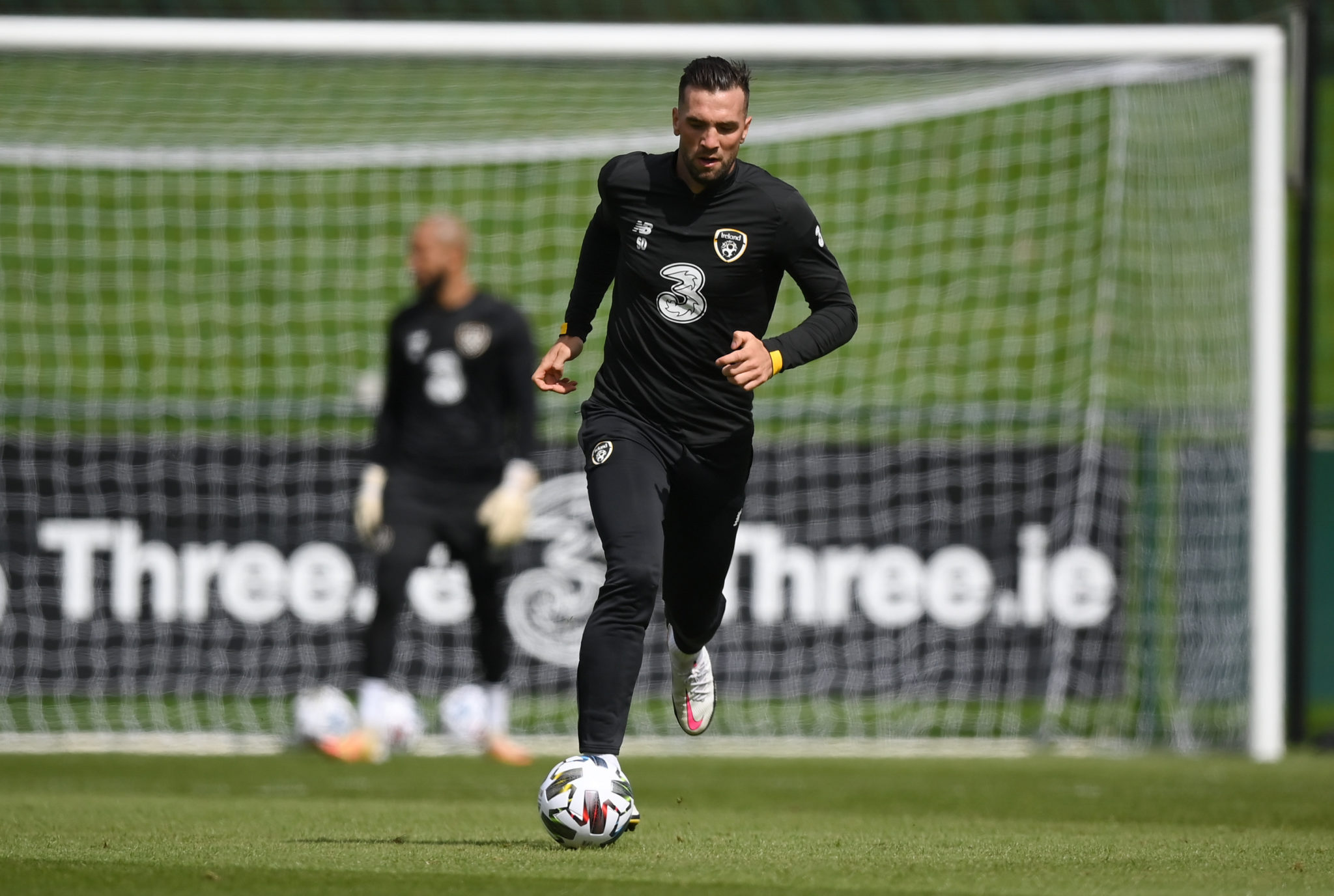 31 August 2020; Shane Duffy during a Republic of Ireland training session at the FAI National Training Centre in Abbotstown, Dublin. Photo by Stephen McCarthy/Sportsfile

2,500 were allowed to attend Brighton's pre-season warm-up match against Chelsea at the AmEx Stadium last Saturday and Duffy was given a chance to feature off the bench.

Potter's comments stopped short of completely ruling out any chance of the Irish defender moving elsewhere before the transfer window closes.

"But he's been fantastic for me. I understand he wants to play. We need to take those decisions at the right time for him and for the team

"But for the moment, he's with us and he does his best every day. He's part of our group."