Celtic are through to the Europa League knockout stages after Olivier Ntcham's stoppage time winner in Rome.

Neil's Lennon side came into tonight's 2-1 win at Lazio knowing a win could send them into the last-32.

But they made a disastrous start against the Serie A side.

A deep cross from the right flank found Immobile at the far post and he finished first-time into the bottom corner. 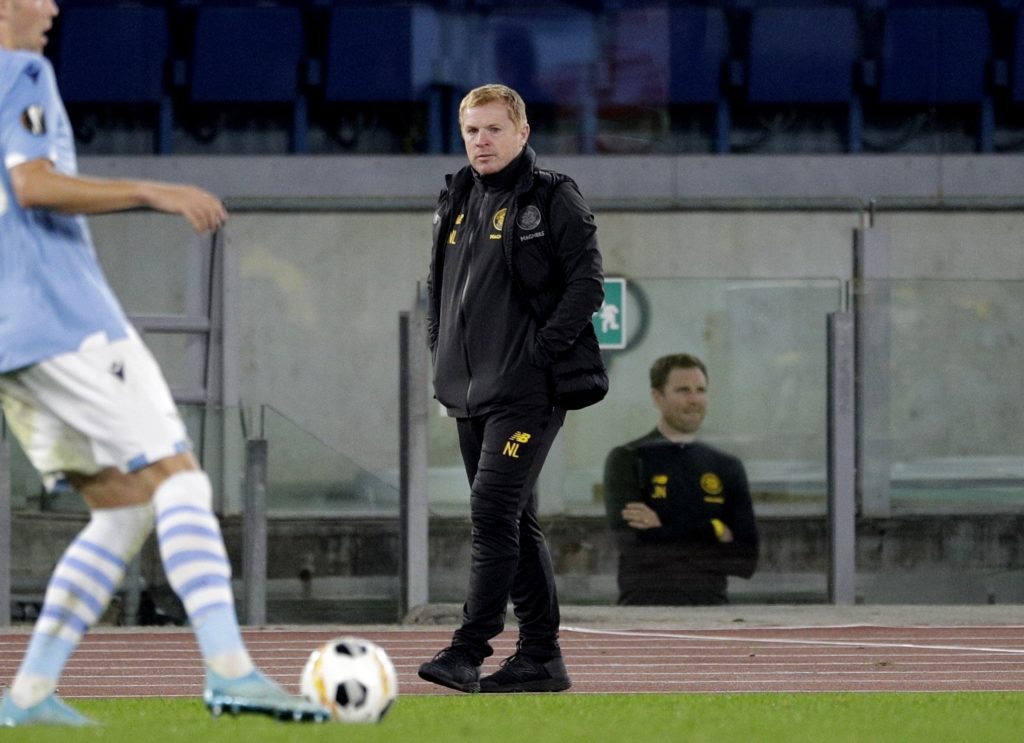 But Celtic were level by half-time. The Hoops won the ball high up the field before James Forrest latched onto a pass into the box.

He had to finish from a difficult angle. But Forrest managed it with a powerful finish across goalkeeper Strakosha.

In an end-to-end match, both sides came close to taking the lead in the second-half.

As the game ticked into stoppage time though, it looked like both sides would have to settle for a draw.

But Celtic again won the ball high up the field. Odsonne Edouard played in Ntcham and the French forward showed excellent composure before lofting his finish above the goalkeeper and into the net from a tight angle.

The Glasgow side are now top of Europa League Group E, one point above CFR Cluj. But crucially, they are now seven points clear of third-placed Lazio with just two games to go, meaning that they have secured progression from the group.