Ireland head coach Andy Farrell is sweating over the fitness of Keith Earls ahead of Ireland's rescheduled Six Nations match against Italy.

An injury update issued by the province today revealed that Earls is rehabbing a back injury that saw him miss the last-gasp Guinness PRO14 win against Scarlets at the weekend but they have not given an expected return date for the experienced international.

There is further bad injury news for for Munster with Niall Scannell said to have sustained a neck injury at training last week and will undergo surgery with the hooker expected to be sidelined for approximately two months.

While Neil Cronin suffered an ACL injury at training on Monday and will meet with the specialist on Friday to discuss surgery. 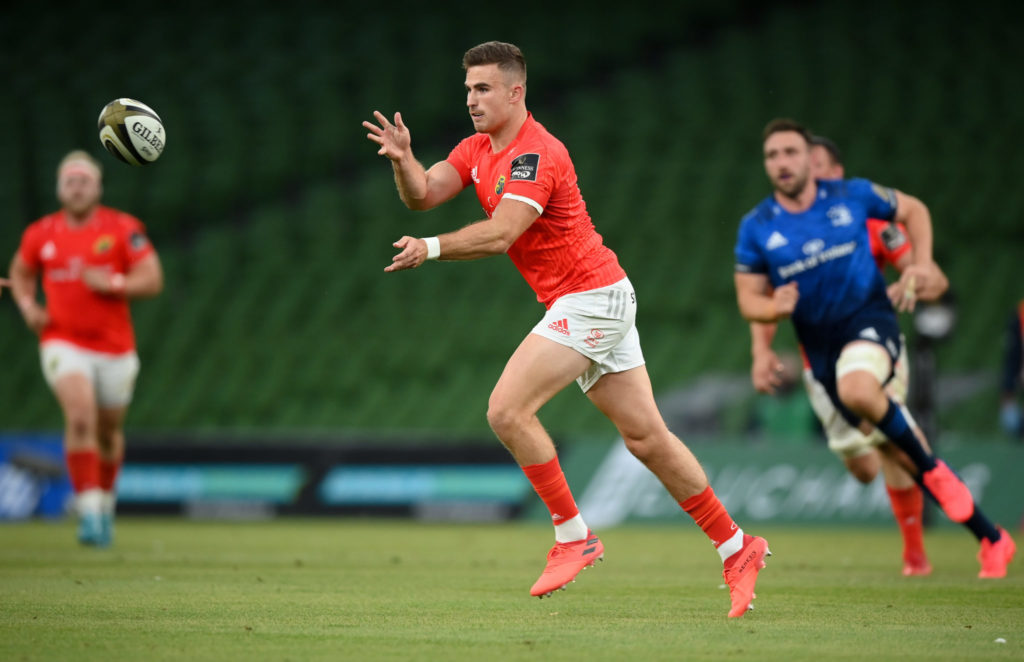 22 August 2020; Shane Daly of Munster during the Guinness PRO14 Round 14 match between Leinster and Munster at the Aviva Stadium in Dublin. Photo by Stephen McCarthy/Sportsfile

There is some positive news on the injury front, with Ireland international Conor Murray (thigh) and Shane Daly (groin), who was nominated for the Nevin Spence Young Player of the Year Award, both expected to train this week.

Munster also say that staff and players underwent a round of PCR testing at the HPC this morning and will await results ahead of a scheduled return to training on Thursday.

The province were forced to suspend all training after a senior player tested positive for COVID-19.

The player in question returned a positive result in the latest round of PCR testing carried out on Monday but Munster says he is asymptomatic.

'Deeply discouraged' women's players have 'lost all trust' in IRFU