Munster and Leinster vying for talented scrum half

Two Provinces appear to be in a tug of war over Ireland Under 20 international Craig Casey. Reports claim Leinster want to bring the talented scrum half to the RDS.  Munster though, seem determined to hold onto a player who could be the next Conor Murray.

The news comes just two weeks after Casey made his debut for the Southern Province against Connacht. The 20 year old was called into action following Murray’s late withdrawal with a neck injury. He came off the bench to see out a 27-14 victory at Thomond Park. 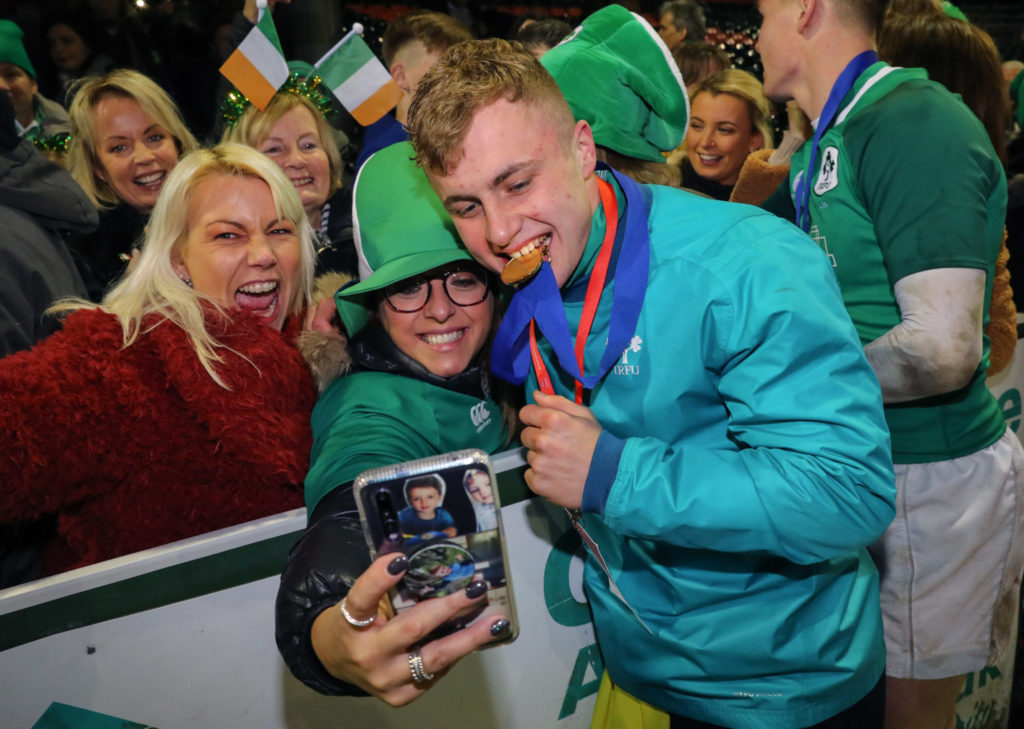 Casey played a central role in the Ireland Under 20s Grand Slam success this year. Considered to be one of the players to look out for at the upcoming World Rugby U20 Championship in Argentina, Casey has also demonstrated great resilience. He was sidelined for 14 months and underwent three operations to correct knee and back injuries. He battled back to be named academy player of the year at Munster’s recent awards night.

Munster coach Johann van Graan was delighted with Casey’s debut performance. “He did brilliantly.” “Craig is such a great talent.” It looks like Leo Cullen is also a fan. The Leinster head coach is reported to have sounded Casey out about a move up the N7.

Leinster scrum-half Nick McCarthy will move to Limerick in the summer, but Munster are in no mood for a swap. Reports claim Van Graan has offered Casey a development deal ahead of next season.

A future full-time professional contract is also being discussed as Munster aim to hold onto their homegrown talent.