Munster head-coach Johann van Graan insists that the province did 'everything in their power' to try and keep coaches Jerry Flannery and Felix Jones at Thomond Park.

They'll leave at the end of the season after rejecting new contract offers and van Graan is now working with Munster's Professional Games Board to try and find replacements.

Speaking of the province's Guinness Pro14 semi-final at Leinster this weekend, the South African admitted it was a blow to lose the duo.

"I am very disappointed and sad that they are leaving. Two fantastic coaches and more importantly two brilliant Munster men.

"We believe that competitive terms were offered and they rejected their contract offers. From a personal point of view, it's two guys that I have worked really well with and unfortunately they are moving on.

"It was the intention of the PGB to make sure that they finalised my contract first and then the other two assistant coaches.

"Unfortunately it didn't work out that they will be staying. I believe we did everything we could. Really sad to see them going. Now we have a few voids to fill. First up is the semi-final with Leinster and then the process will be on-going to find their replacements." 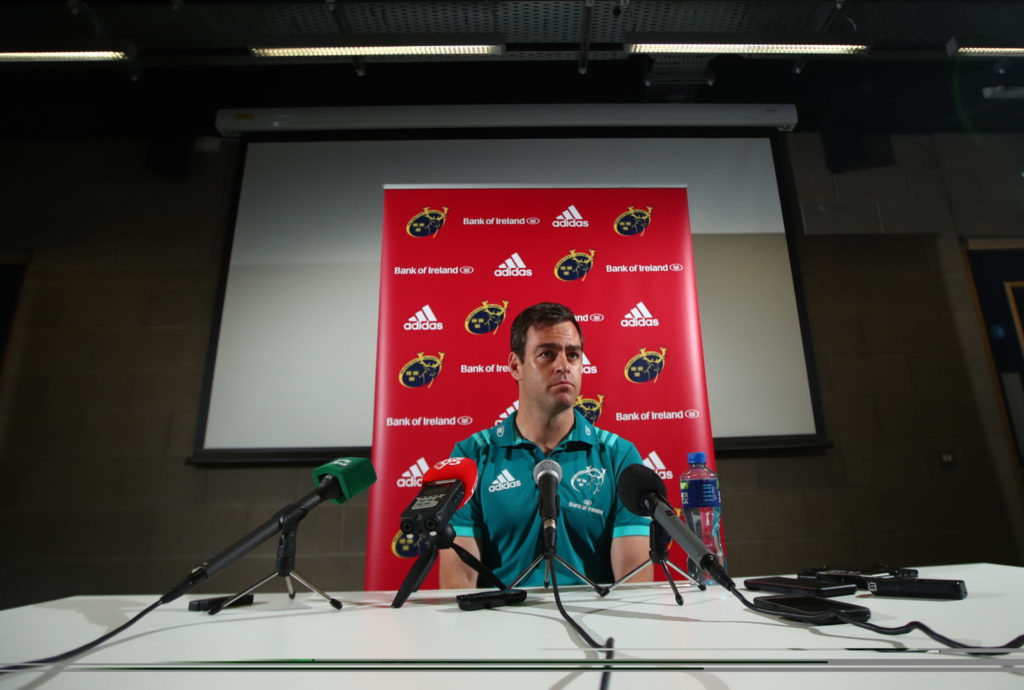 Van Graan says their off-field focus is now on assembling a new coaching team ahead of next season, with Wales' Rob Howley heavily linked.

"When I came in I was given a coaching staff and I knew exactly what I was coming in to.

"We worked really well together and I was on record saying that I wanted to retain both of Felix and Jerry...unfortunately, it isn't going to be the case.

"Together with the PGB and Irish Rugby we have got to do what is the best for Munster in terms of what that picture will exactly be depending on who we want to bring in.

"There will be a lot of names thrown around but hopefully finish the season on a high over the next two weeks and then follow the process to get quality people into Munster Rugby.

"Obviously, we will lose a bit of continuity on the coaching side. It is something that I hoped that we could retain.

"But, that is a professional sport and you have got to be able to adapt.