The defender was handed the suspension and a £40,000 (€44,000) fine after climbing into the stands to confront a fan after Tottenham's FA Cup defeat to Norwich in March.

The FA "found Eric Dier’s actions to be threatening" after he approached a supporter who had been reportedly abusing his brother.

"I think they made a decision when Guendouzi grabbed the other guy by his neck," Mourinho said.

"The decision was made in that moment."

Guendouzi received no retrospective ban from the FA but Dier has, leaving Mourinho seething.

"No reaction. I prefer no reaction," was the Spurs manager's response when asked about Dier's punishment.

When pushed further, he argued, "I am not going to answer. If I answer I'm going to be in trouble and I don't want to be so I have no comments about that."

Mourinho says he will "cope with Alderweireld, with Davinson Sanchez and Jan Vertonghen" for those matches.

When asked if he'd spoken with Dier about the four-game ban, his answer was simply, "No". 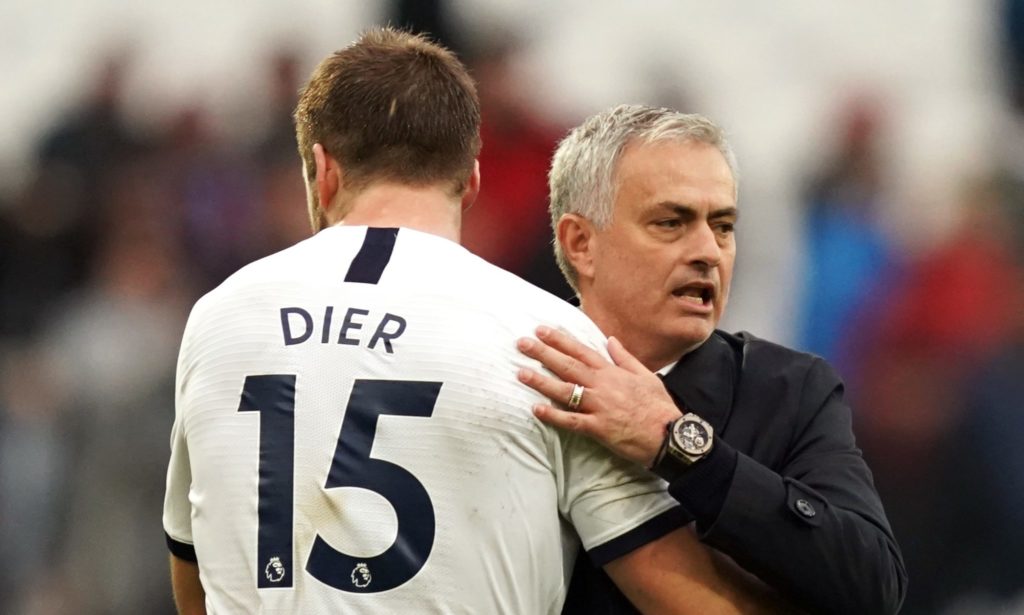 "In relation to Eric, I spoke enough, two years ago when the situation happened and also a couple of weeks ago when one of you asked me about the situation."

The manager also says an appeal is unlikely, "I don't think so honestly, because if you appeal you have other risks.

"At least let's start next season without a suspension and we all know how it works at these FA decisions.

Eric Dier charged by FA as Jose turns to deliveries