The curtain came down on the full-back's medal-laden 15-year career with Ireland and Leinster with the province's loss to Saracens last weekend.

"You always want one more as a player," Kearney wrote in an open letter to supporters. "The next one becomes the most important. The next match, the next trophy, the next training session even. That is the process, that is the drive within us.

"It wasn’t to be, but I am so very grateful for every run out that I did get in a Leinster and an Ireland jersey. Losing to Saracens brought my time in a Leinster jersey and by extension an Irish jersey to an end.

"I spoke to the players in the dressing room after the game and I spoke about living a dream, because that is what I have done.

"I have lived the dream of every five-year-old boy or girl out there that dreams of pulling on a Leinster jersey, an Ireland jersey, a Lions jersey.

"I consider myself very fortunate to have done the greatest thing that I could have done with my life and I have lived the dreams that I first had as a young lad in Dundalk RFC with the minis." 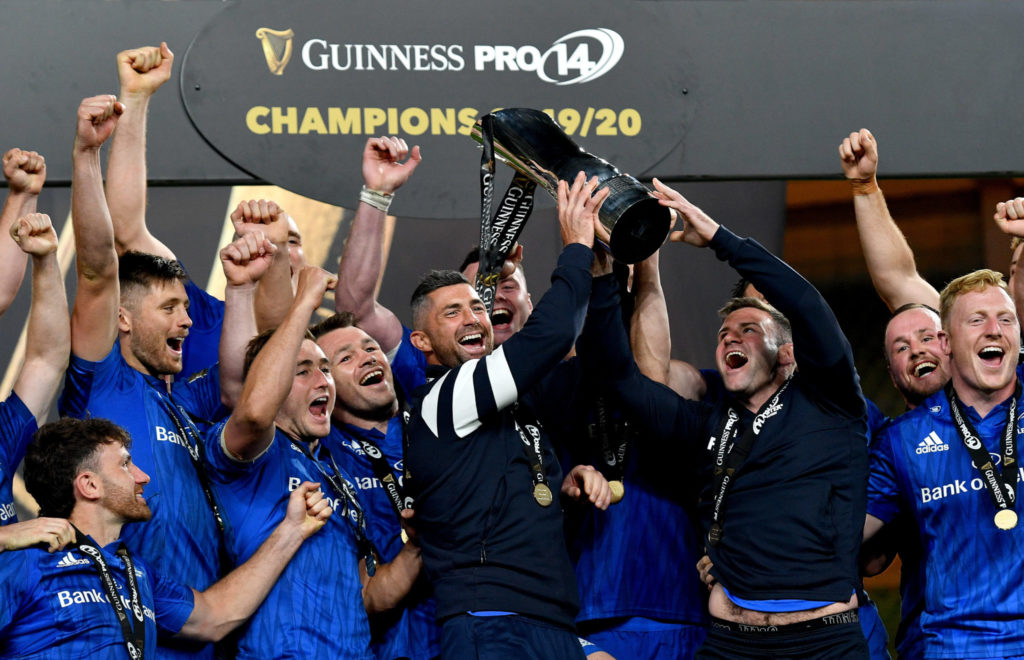 12 September 2020; Rob Kearney, left, and Fergus McFadden of Leinster lift the trophy following their victory in the the Guinness PRO14 Final match between Leinster and Ulster at the Aviva Stadium in Dublin. Photo by Ramsey Cardy/Sportsfile

Kearney, who earned 95 caps for Ireland and won two Grand Slams, has also thanked Leinster for the "unbelievable honour" of lifting the PRO14 trophy with Fergus McFadden earlier this month.

"My 219th and final cap against Ulster a few weeks ago in the Aviva Stadium. Nearly 15 years to the day from my debut against Ospreys in 2005.

I hoped it wouldn’t be my last involvement in a Leinster jersey, but the reality is that in sport and professional sport especially, you just never know when you will get a chance again, so you treasure each chance you get in that jersey.

It wasn’t my last involvement with the team and Ferg and I were granted the unbelievable honour of lifting a trophy on behalf of the 53 players two weeks later."