The England international has signed a 3-year contract at the Wanda Metropolitano, and it's believed he's cost Atleti £20m (€22.1m).

Trippier will be seen as a like-for-like replacement for Juanfran, who was released at the end of his contract. 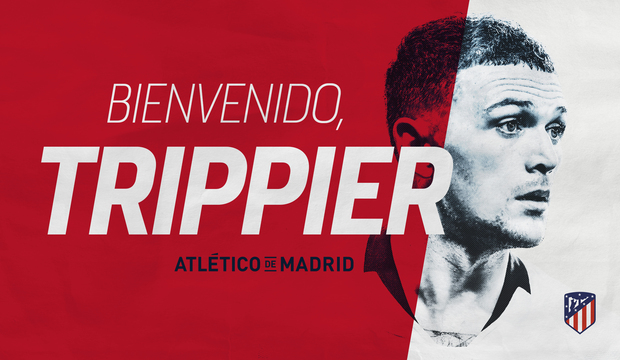 Atletico have seen their defensive options massively depleted this summer, with Diego Godin (Inter) and Lucas Hernandez (Bayern Munich) both following Juanfran out the door while Felipe Luis is also set to depart.

Sime Vrsaljko has returned to the Metropolitano following his loan at Inter, but he's not thought to be key to Diego Simeone's plans for the forthcoming season. Santiago Arias is El Cholo's other option at right-back.

The move to Spain provides Trippier with a chance to kick-start his career after it stagnated somewhat at Spurs last season. The 28-year old played 38-games in all competitions last term, but his form was nowhere near his showing for England at the World Cup.

Trippier may not be the only full-back leaving Tottenham this summer. Danny Rose hasn't travelled with the squad to Singapore for their pre-season tour of Asia.

The 29-year old may command a similar fee to that of Trippier, and has not been without his suitors in the past. Everton and Manchester United both showed an interest in the left-back in recent years. But Lucas Digne has cemented himself as Everton's first choice on the left, while Manchester United appear to be hunting for players younger than Rose this summer.

It's believed the England international would prefer a move to the north of England, closer to his South Yorkshire roots.

Fulham's 19-year old Ryan Sessengnon remains a live Spurs target as they look to replace Rose in the long term. He only has one year remaining on his contract at Craven Cottage and will need to be sold this summer.