Kerry have heaped further pressure on James Horan's Mayo after a one-point win in Castlebar this afternoon - to leave the hosts facing the prospect of relegation to Division Two of the Allianz Football League.

Seán O'Shea scored 1-4 for the Kingdom to clinch the win, while David Clifford saw an early penalty come back off the crossbar. Twenty-two minutes into the second-half Eoghan McLaughlin played a nice one-two with Aidan O'Shea to net for Mayo, but they couldn't claw the game back.

The result leaves Mayo needing three points out of a possible four in their remaining two games against Galway and Tyrone, and results elsewhere to go their way.

Donegal continued their solid record in Ballyshannon, as goals from Caolan Ward and Hugh McFadden helped them to a 2-12 to 0-8 home win over 14-man Monaghan.

Andy McEntee's Meath have been relegated and will make an immediate return to Division Two for 2021 after their two-point defeat at home to Galway.

Full time and it's another heartbreaking defeat for the team who threw everything at Galway but just came up short. #AllianzLeagues #AnMhíAbú #MeathGAA pic.twitter.com/BmziT9bpEE

In Division Two this afternoon Kildare boss Jack O'Connor got one over on his old Kerry player Mike Quirke, who is in charge of Laois. The Lilywhites ran out 0-15 to 0-10 winners in Portlaoise to ease their relegation worries.

Clare had an impressive 1-14 to 0-15 win away to Cavan in Kingspan Breffni Park, while Roscommon had seven points to spare over Westmeath at Dr Hyde Park. The game between Fermanagh and Armagh was postponed due to the weather brought by Storm Jorge.

Defending champions Limerick made it four wins from four in the Allianz Hurling Leagues, with a 1-24 to 0-18 win over a stubborn Westmeath side at LIT Gaelic Grounds today. The result ensures progression to the knockout stages for John Kiely's charges.

A Galway side again without Joe Canning ended Cork's interest in the league elsewhere in Division One Group A - which means Galway have it all to play for in their rescheduled clash with Tipperary at Pearse Stadium next Sunday.

Tipp ran out 0-24 to 2016 winners over Waterford today at Semple Stadium in Thurles. Cathal Barrett saw red for Tipperary, while both Austin Gleeson and Kevin Moran received their marching orders for the Déise in a fiery first-half. 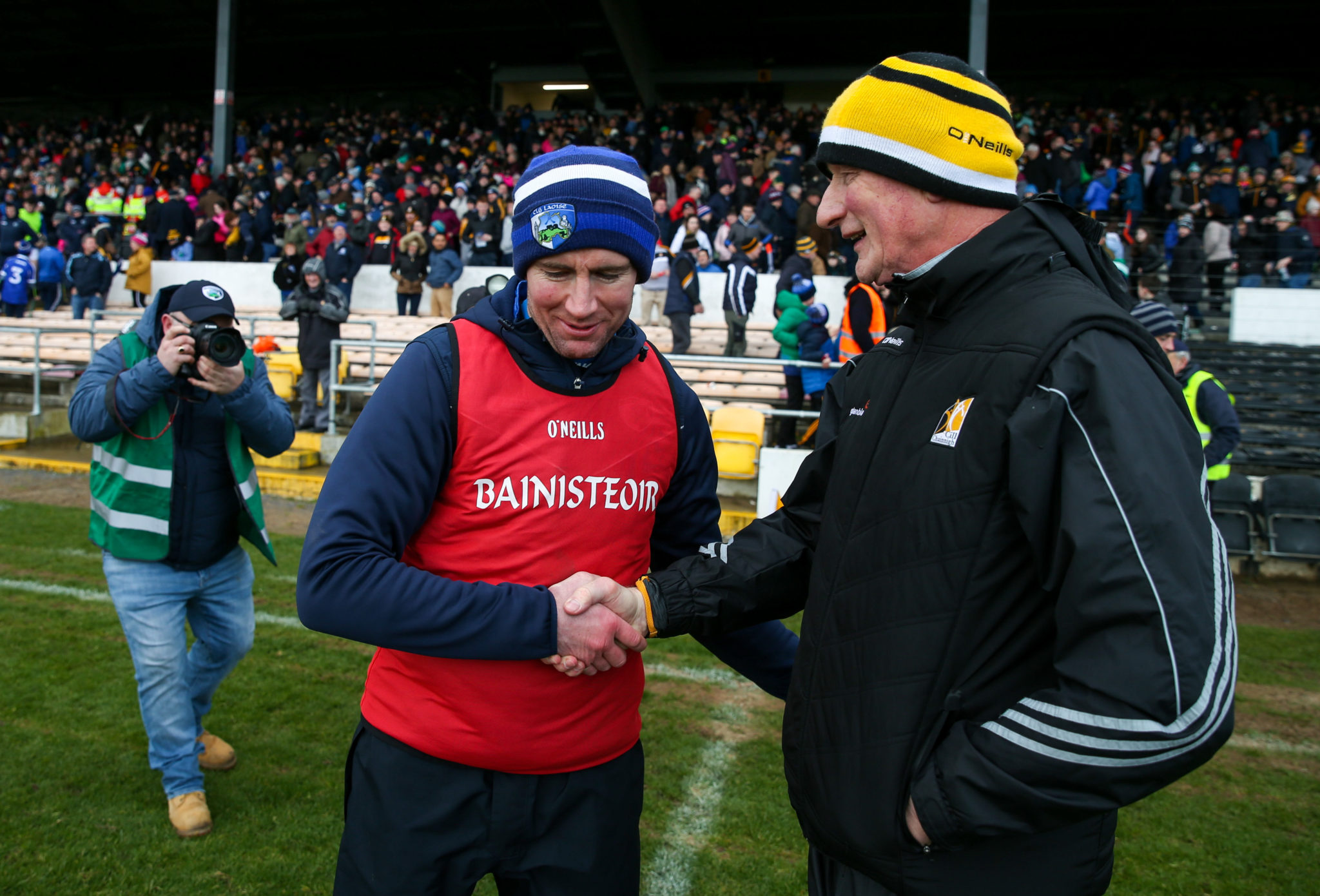 In Division One Group B Clare confirmed their progression as group winners with a 0-27 to 1-15 home win over Dublin at Cusack Park in Ennis.

Kilkenny experienced their third win of the campaign to progress to the quarter-finals, as Brian Cody outsmarted his old Cats player Eddie Brennan and Laois by 3-22 to 1-19 at UPMC Nowlan Park.

Wexford also progressed, but not as group winners, after their 2-29 to 1-11 win over Carlow at Chadwicks Wexford Park.