Ireland head coach Andy Farrell has expressed his hope that Munster fly-half Joey Carbery may be fit to take part in the tour of Australia in the summer.

The 24-year-old won't play again this season following ankle surgery. However, Farrell says if he is back up to full speed come the pair of games in July he may be considered for the trip.

"I'm gutted for Joey. He's been through a lot over the last few seasons, but I've spoken to him a couple of times and his luck will turn, it will.

"He needs to do the right thing and get himself and we'll make sure that we help along with Munster to try and make that happen.

"His luck will turn and he'll be back because he's a great human being for one and a class player as well.

"We'll see. We certainly won't throw him back in if he's undercooked, but if he's going great guns by then he's in the frame like everyone else."

Farrell addressed the cancellation of the Six Nations ties against Italy and France due to the coronavirus and acknowledged that will have a significant impact on an already busy schedule lined up for the end of the year.

"You've got to look at the whole picture of the November calendar from our perspective. We've got really tough games coming up, two against Australia [In July] and then against South Africa, Australia, and Japan [at home].

"It's a tough old five games, isn't it? And then you're throwing in two [games], effectively for us hopefully a semi-final and final in the Six Nations. It changes the goalposts a little bit, so it takes some reflection." 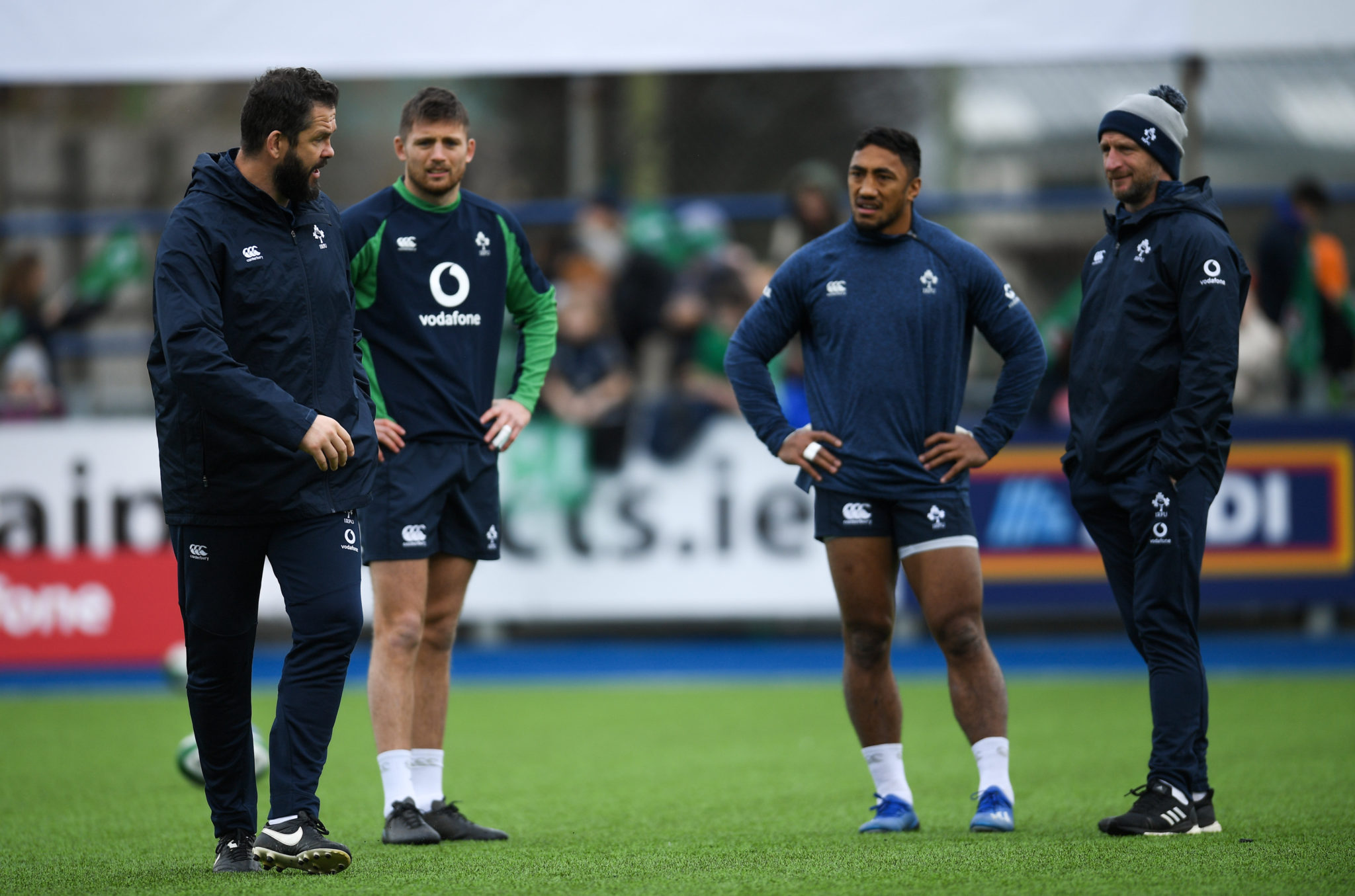 The 44-year-old also says the Irish camp are following established protocols when it comes to dealing with outbreaks like this, with the squad set for a talk today before departing back for their provinces.

"We've sent out numerous emails and in fact we've got a talk scheduled for tomorrow [today Tuesday] as regards the coronavirus. But we tend to be pretty good in rugby in-house.

"We've had problems many a year within a team environment where you pass on viruses, flu etc. It's no different for us, from day one every single time we come into camp, the first thing the doctor stands up and says is hygiene.

"There is no difference between the coronavirus and the protocols we have adhered to for the last few years."