Republic of Ireland captain Seamus Coleman says he can't wait to get back on the pitch for his country against Serbia tomorrow night.

The Everton defender admits he doesn't know if he'll be picked to start the World Cup Group A qualifier in Belgrade but he's excited about getting back in green for the first time since the loss to Switzerland in 2019.

“I can’t explain how much I missed it," Coleman said at a virtual press conference this lunchtime. "It’s been something that’s been on my mind, I love playing for my country. I can’t even remember when the last one was, it might have been the sending off.

“It’s been a very long time. I was injured for most of the other selections, I was doing quite well at club level, but I picked up a niggle before we met up which is disappointing.

“But to get here, to be with the lads and with the staff is an amazing feeling, but ultimately getting back out there and putting on the green shirt is what we always want and is what I want tomorrow, so we will see what happens.” 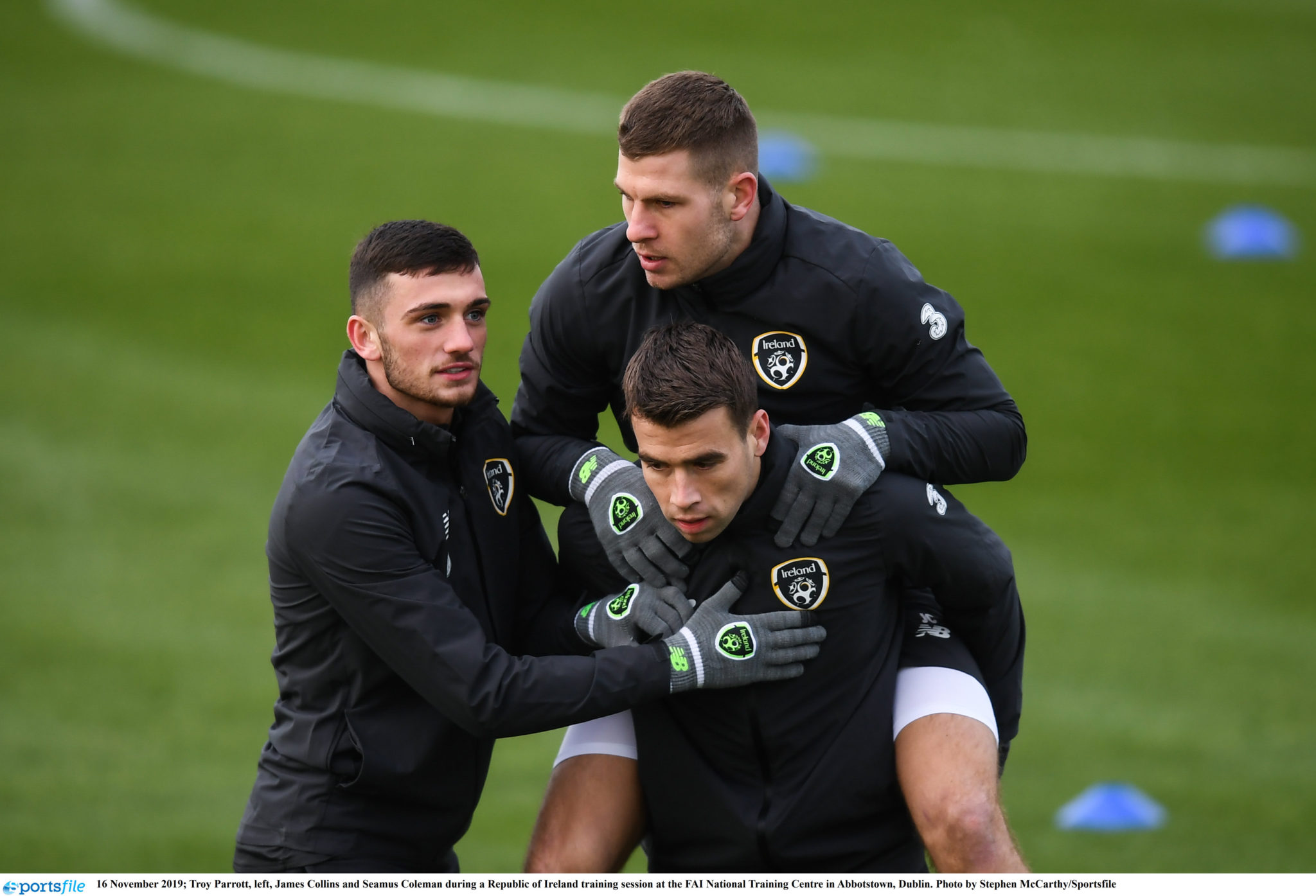 Caoimhín Kelleher, Conor Hourihane, Callum O’Dowda and Kevin Long were all forced to withdraw from the squad last weekend, adding to a lengthy injury list for manager Stephen Kenny.

Kenny has confirmed that Bournemouth's Mark Travers will start in goal while uncapped duo Conor Coventry and Gavin Bazunu are both part of the squad.

“We have players in here who are hungry to do well and happy to be here for their country," Coleman added on the young players who have linked with the group. "It’s a tough game for us but as always, we will give it our all.

“It’s a new campaign and we are looking for a fresh start, and bringing that little bit of confidence from that game.

“We’re looking forward to getting going again properly again, and making sure we start off the campaign well tomorrow and go on from there."