France make it 2 wins from 2 at Women's World Cup

The hosts beat Norway 2-1 in Nice to stay top of group A at the Women's World Cup.

The hosts needed a controversial second-half penalty to see off Norway 2-1 in front of a crowd of 34,872 in Nice.

It was scoreless at half time but France created plenty of chances in the opening half with Kadidiatou Diani getting plenty of joy down the Norway left.

It only took Corinne Diacre's side 44 seconds of the second half to find the opening goal. Valérie Gauvin gave the hosts a 1-0 lead when she turned in a cross from Amel Majri.

The home crowd would have expected the French to push on from that goal but a calamitous own goal from defender Wendie Renard eight minutes later canceled out the lead.

The Lyon defender - who scored twice in the opening game against South Korea - inadvertently turned a cross into her own net as she failed to deal with Isabell Herlovsen’s low cross. 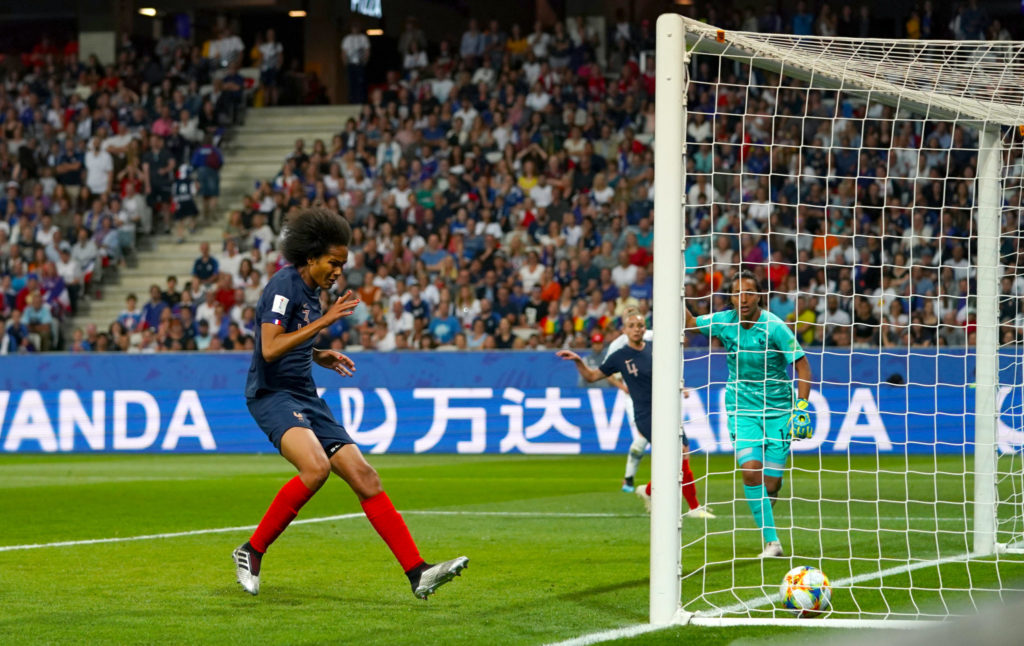 However, Renard was as relieved as anyone when France were awarded a penalty after Ingrid Syrstad Engen was adjudged to have followed through on Marion Torrent. The spot kick was given following a VAR review.

Eugenie le Sommer made no mistake from the spot to secure another win for France in Group A. It means the hosts are still on course for a mouthwatering last eight showdown with the USA, provided the defending champions top their group.

The Americans put 13 goals past Thailand and are heavy favourites to advance as group winners.

France top Group A with six points from two games - three ahead of second-placed Norway and third-placed Nigeria, following their 2-0 win over South Korea.

Germany also have six points after 2 games following a 1-0 win over Spain in Group B.