Leinster senior coach Stuart Lancaster has revealed that Dan Leavy could make his return in the Guinness PRO14 semi-final against Munster on Friday.

Leavy has been out of action since sustaining a serious knee ligament injury during Leinster's Heineken Champions Cup quarter-final defeat of Ulster in March 2019.

Earlier this month Lancaster stressed the importance of managing the player's return to action and while today he was open about the possibility of Leavy returning for the last-four clash, he was also keen to highlight the difficulty he might face in easing out one of the current starters.

"He's very close. Obviously he's come into an extremely competitive position. Not only is Dan Leavy coming back, Jack Conan's coming back from not having being available for a long time," said Lancaster

"So we've got a lot of good players playing in that position and the challenge for Dan is to make sure that he gets back up to speed with the intensity of Leinster's training, which will enable him to put his hand up for selection."

Lancaster has been hugely impressed by how the 26-year-old Ireland international has looked in training over the last couple of weeks.

He has seen enough to believe that he would be able to play in the crucial inter-provincial derby at the Aviva Stadium.

"Last week he completed his first full week of training and I thought it was excellent. You could certainly see the old Dan Leavy in training and we've just finished a game today, he's been very, very competitive in today's training session," said Lancaster.

"Other than playing a game, he's done everything force our hand. Whether he makes the step this week or in the next few weeks, that's to be decided but we're very, very pleased to have him back training and he'll definitely figure for us in the near future, that's for sure." 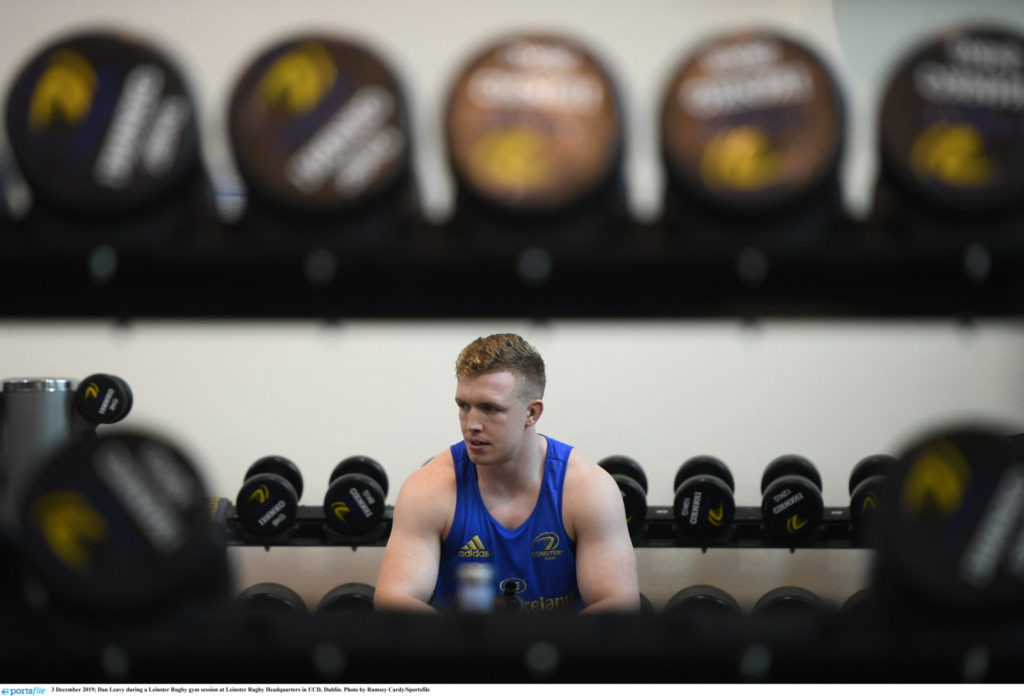 Seventeen months is an incredibly long time for any professional sports person to be sidelined and his coach was keen to praise the whole team around him for getting him back to this stage.

"It's remarkable really when you consider the complexity of the injury and the number of different operations he had to have, almost like in a sequential order, in order to get back," added Lancaster.

"So credit goes to everyone, from the surgeons who performed those [operations] and the way in which they did those to the medical team here at Leinster and how diligent they were with Dan's recovery from each operation that allowed him to make progress to the next stage.

"Also to Dan himself and the diligence he showed to make sure he came back. It's phenomenal really, you look to see is he limping, is he struggling after training sessions. Is he less agile, is he slower? I see none of those things.

"He looks like the player that was there before he received the injury which is incredible really."

Luckless Dan Leavy has season ended by a knee injury