The FIFA president Gianni Infantino has said the world has experienced "the best women's World Cup ever" over the past month in France, with the tournament culminating in the Netherlands taking on reigning champions the United States in Sunday's showdown.

The former President of UEFA also said that he is hoping to expand the competition to 32 teams for the next tournament in 2023. Infantino believes that it would give other nations the opportunity to put bids in to host the 2023 event.

In a press conference ahead of the final in Lyon, the administrator described what has taken place in France over the course of the competition as "phenomenal" and "incredible".

European champions The Netherlands are in the final two for the first time in their history after seeing off two-time champions Germany in the semi-finals. The USA meanwhile, are looking for their fourth world title after brushing aside Phil Neville's England mid-week thanks to goals from Alex Morgan and Christen Press. 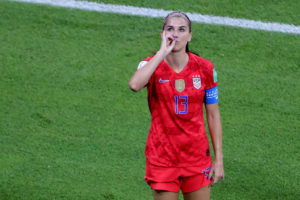 Speaking about the future of the women's World Cup, Infantino said, “there was a before and there will be an after the World Cup but it is up to us to seize the opportunity and do something about it. I think we should increase the number of participants from 24 to 32,”.

“The tricky thing is that we have a World Cup for which we just started a bidding process based on 24 teams, so there we need to act more quickly and discuss it as a matter of urgency, in which case we should reopen the bidding process.”

The country to host the 2023 competition is not expected to be unveiled until next year, giving three years of preparation, however, a number have expressed an interest including Argentina, Australia, and Japan

The world football governing body has already agreed to increase the number of countries at the men's competition from 32 to 48 in 2026.