Federer crashes out of US Open

Five-time champion Roger Federer is out of the US Open following a five-set defeat to Grigor Dimitrov in the quarter-finals at Flushing Meadows.

The Bulgarian had failed to win any of his seven previous meetings with Federer but Dimitrov finished strongly to seal a place in the semi-finals with a 3-6 6-4 3-6 6-4 6-2 win.

Federer needed treatment for a back injury before the deciding set but the 20-time Grand Slam winner didn't want to use it as an excuse for the loss. 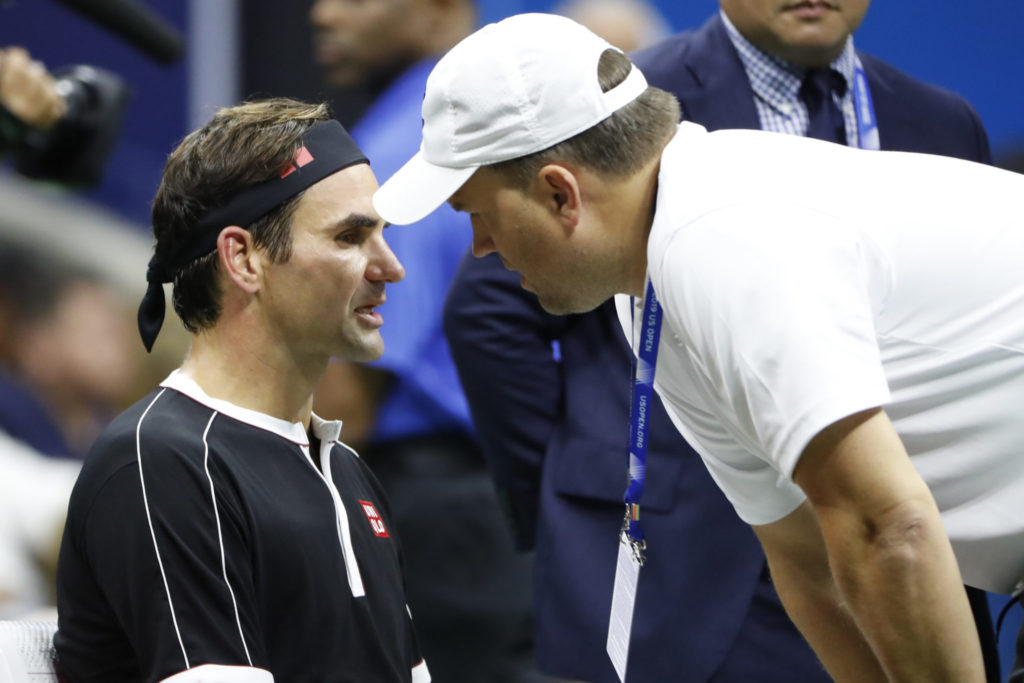 Federer said in his post-match press conference: " I just needed some treatment on my upper - what is it - back, neck. Just needed to try to loosen it up, crack it and see if it was going to be better.

World number 78 Dimitrov will now face Russian fifth seed Daniil Medvedev in the last four, which guarantees one of them will play in a first Grand Slam final on Sunday.

It also makes Rafael Nadal the strong favourite to win his fourth US Open title and 19th Grand Slam.

The Spaniard faces Argentina's Diego Schwartzman in the quarter-final on Wednesday.

Djokovic has Russian qualifier in his sights after downing Zverev