Ireland’s World Cup hopes will be heavily dented if Conor Murray is unable to play in Japan later this year.

Irish coach Joe Schmidt will be among those eagerly awaiting news of the Munster scrum half’s latest neck injury.

The 30-year-old was a late withdrawal from Saturday’s Pro 14 win over Connacht at Thomond Park. The star half back was knocked backwards during the warm-up and left the pitch holding his neck.

Murray missed the first three months of the season with a bulging disk. The problem flared up while he was driving during his summer holiday.

He recently admitted that he would be cautious about future neck issues and would not rush himself into a match. He still looked unhappy as he walked towards the stands at the weekend. 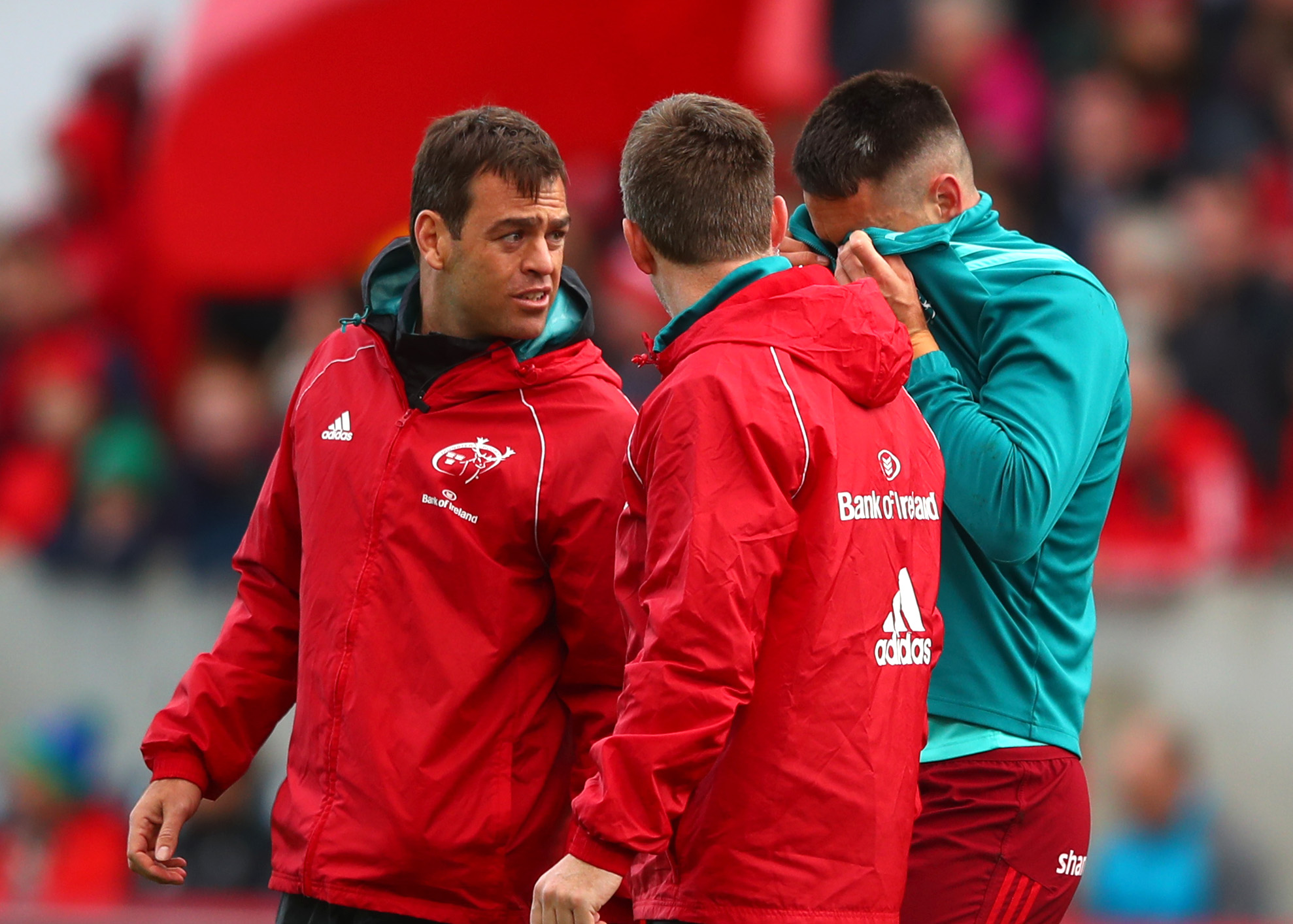 Munster coach Johann Van Graan insists his withdrawal was precautionary. "He got a knock in the warm-up and a bit of stiffness, and we decided not to take any risks."

"He literally got a knock with the last breakdown of the warm-up. It happened literally seven or eight metres away from me.

"We got the medical team involved and we made the decision not to play him. He could possibly have played, but we decided to err on the side of caution.”

"We will give some more info on Monday. It is just very stiff at this stage. That is all I can say.”

Munster host Benetton Treviso in a PRO14 quarter-final this weekend. Asked if he believed Murray would be fit to start, van Graan said: "It's too early to say.”

The Province are also hoping for positive news on out half Joey Carbery, who has been sidelined with a hamstring injury and Keith Earls who is recovering from a thigh problem.