A late header from Christopher Jullien gave Celtic a home win over Lazio in the Europa League.

The Hoops had fallen behind Manuel Lazzari's opener five minutes before half-time.

But Ryan Christie leveled 20 minutes after the break.

And Celtic took the victory when they won a late corner which Jullien headed in unmarked.

Neil Lennon's side are top of Group E.

Meanwhile, Arsenal fought back to beat Vitoria Guimaraes 3-2 at the Emirates.

Summer signing Nicolas Pepe scored with two free-kicks in the final stages to turn the game around.

The Portuguese visitors had led 2-1 at half-time, with Gabriel Martinelli scoring the Gunners' initial equaliser. 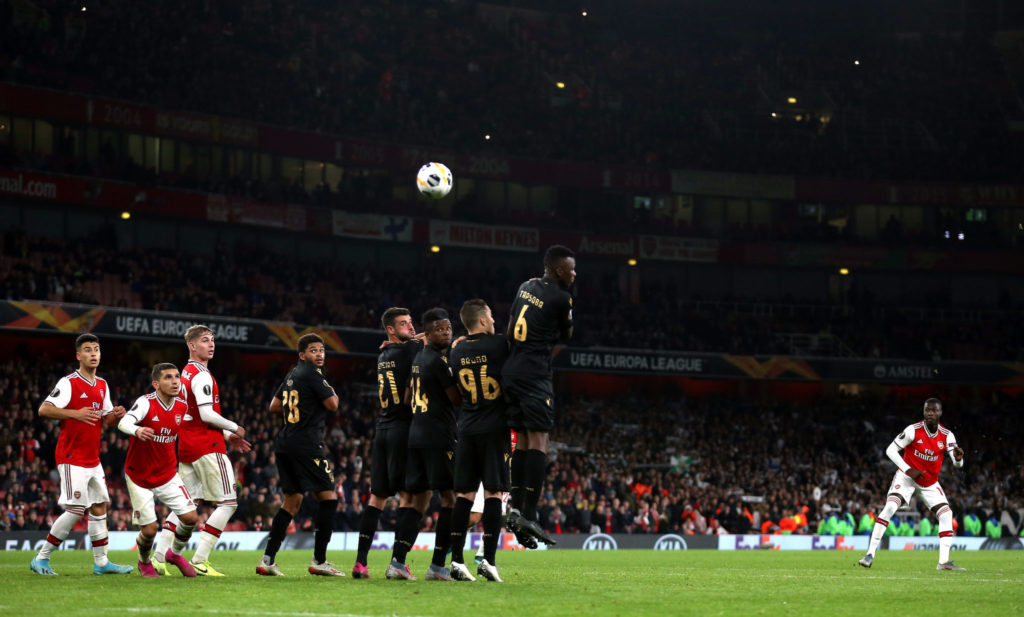 Nuno Espiritu Santo's side had trailed to an 11th minute goal. But Romain Saiss' equaliser and Raul Jimenez's penalty turned the game on its head.

Diogo Jota was sent off with three minutes left but Wolves were able to hold on in Slovakia.