Organisers of cricket's first ever European inter-city franchise tournament, the Euro T20 Slam, have been forced to reschedule for a second time.

The cricket calendar has been hugely affected by the Covid-19 pandemic but organisers are determined to stage the tournament, which was originally scheduled to take place last year, in 2021.

"The Board of the Euro T20 Slam has re-confirmed its commitment to the competition, but now plans launch the event in 2021 rather than 2020 given the ongoing uncertainty created by the Coronavirus (COVID-19) pandemic," read the statement released by Cricket Ireland.

Irish franchises, Dublin Chiefs and Belfast Titans, were due to play in the Euro T20 Slam last August and September with Morgan on the Chiefs team alongside world number one T20 batsman Babar Azam and several Ireland international stars including Kevin O'Brien, Andy Balbirnie and George Dockrell.

Malahide Cricket Club was chosen to stage the Chiefs and Titans home games while the Amsterdam Knights and Rotterdam Rhinos would play in Amsterdam and the Edinburgh Rocks and Glasgow Giants would be based in Edinburgh. 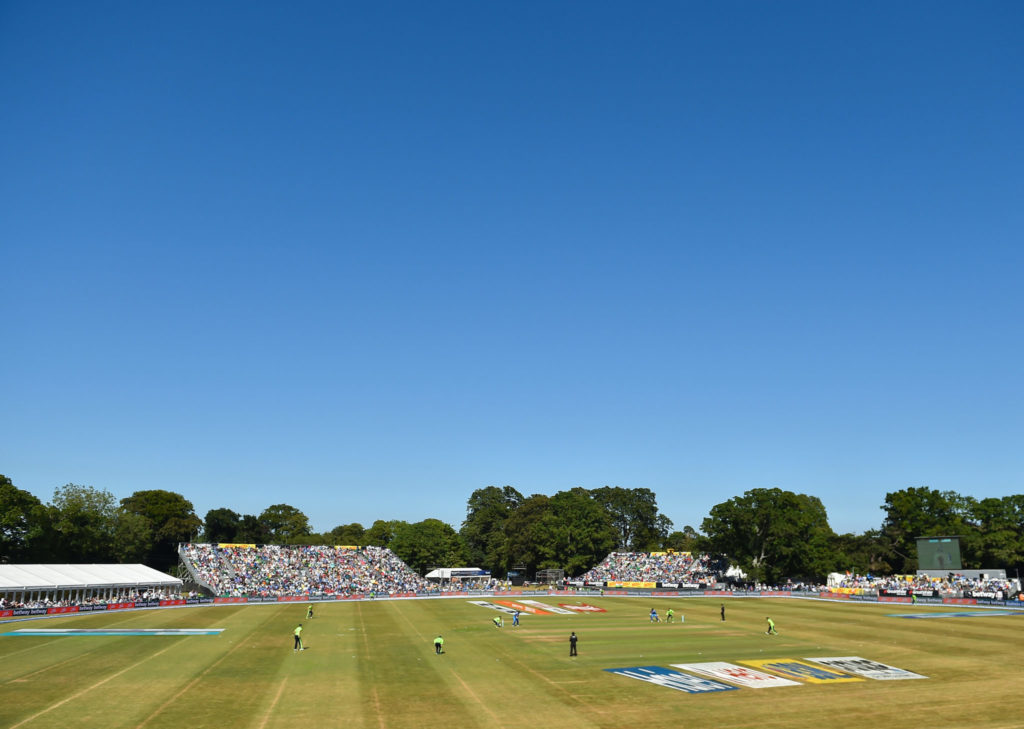 29 June 2018; A general view of the ground during the T20 International match between Ireland and India at Malahide Cricket Club Ground in Dublin. Photo by Seb Daly/Sportsfile

"Positive talks over recent months between organisers, financial backers and cricket boards (Ireland, Scotland and Netherlands) had provided a glimmer of hope that the competition may see a launch in 2020 – with each of the three cricket boards identifying a fixture window to hold the event," the statement continues.

"However, continued uncertainty around the impacts of COVID-19 on international travel, quarantine requirements and the status of fan attendance at matches has scuppered plans for the current season."

The tournament is the creation of Woods Entertainment and backed by GS Holdings, two Indian based businesses.

Managing partner of Woods Entertainment, Prashant Mishra, believes that there is still interest in the tournament worldwide.

"We also had several positive conversations of late with broadcasters around various parts of the world that would have given the event a truly global reach," said Mishra.

"We know the interest is there from broadcasters, and the commitment is there from organisers and sponsors – but the reality is that the risk profile was too large for 2020, and we are all conscious of our responsibility in helping to reduce the risk of spreading COVID-19.

"Our long-term commitment to the concept remains undimmed, but we believe this is the only sensible option in the circumstances. The signs are positive for the future of the event and our business partners have remained supportive throughout."

Cricket Ireland CEO, Warren Deutrom, feels there was too much risk involved, even if they had opted for a single venue tournament but he remains optimistic that the Euro T20 Slam will still happen in the future.

"We had been discussing in recent weeks alternative arrangements to get the competition started – single venue, reduced team and player pool, a shorter competition – and, given the speed with which we set up the Tri-series between the three Boards in Dublin last September, we felt confident to leave the decision as late as possible to give ourselves the best chance to make it work.

"However, we have now run out of road, particularly with the Irish Government’s recent decision to delay the next stage of relaxing its restrictions to August 10th and the Slam Board reluctantly reached the conclusion that the uncertainty caused by the pandemic and compromises being made to the original objectives did not make it a viable start in 2020.

"Prudent measures had to be taken, as to proceed now – only to have to pull the plug later due to a resurgent pandemic or unfavourable changes in playing or travel conditions – would risk the feasibility of the project.

"By making this decision now, the Board has reduced all parties exposure to risk and – speaking from a Cricket Ireland perspective – removed any financial exposure at a time when financial headwinds are already a challenge.

"I believe we have made, and will continue to make, decisions that give the concept the best chance to succeed, including being prudent in not proceeding if the circumstances aren’t right.

"The three participating cricket boards have also made it clear that the competition must deliver on the original objectives of providing high-quality cricket experiences for our players – that is the reason we set out on this road initially.

"Even if it takes until the third time of asking, we still very much believe in the viability, purpose and interest in a European T20 franchise concept, and will continue to do our best to bring it to fruition."