Republic of Ireland star Denise O'Sullivan has hailed the partnership between Sky and the FAI as a huge moment from women's football in the country.

The broadcaster will become the jersey sponsors of Vera Pauw's team for the next four years in a deal believed to be worth in excess of 100,000 Euro per season.

It follows an agreement being reached last week which will see the Irish men's and women's teams receive the same match fees in international matches from this month.

"This past week for women's football in Ireland has been absolutely fantastic," the FAI player of the season told Nathan Murphy on Off The Ball. "To start it off with the equal pay, I think that's a day that will go down in the history books. Getting that was just so important for us.

"It was important for the country to see the togetherness between ourselves and the men's team. Now we have to set an example for the next generation and go do the business on the pitch.

"Sky being announced as a sponsor is absolutely fantastic for us. It's a great deal and a huge sign for women's football. Sky is a global brand, so for them to come on board, it's something we're very grateful for as a team."

Republic of Ireland captains Seamus Coleman and Katie McCabe played a key role in getting the equal pay agreement over the line and O'Sullivan has praised Coleman for his part in the negotiations.

"Seamus Coleman has been a key part in getting this equality for us. He's been a model professional and keeping in touch with Katie McCabe. It's a big stride forward for women's football and hopefully now we can continue on and make the people of Ireland proud." 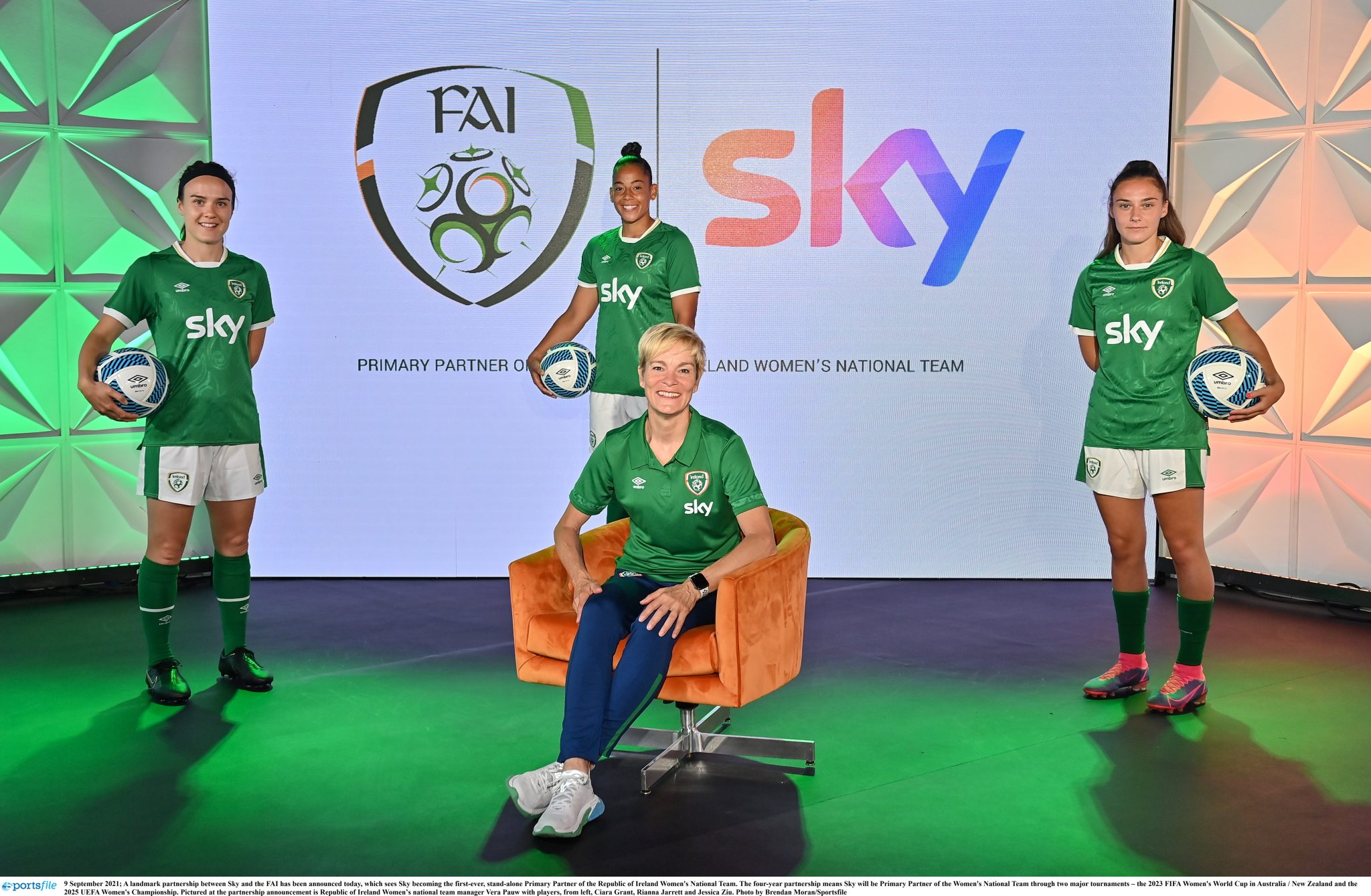 Back in April 2017, the Irish women's squad threatened to go on strike after hitting out at being treated like "fifth class citizens" by the FAI.

The players cited a lack of remuneration for international duty and have to share training gear as major grievances against the association. O'Sullivan says the adoption of equal pay for Irish international players and the new sponsorship deal show far things have come since.

"It's absolutely huge," the midfielder added. "Honestly, going back to that day in 2017. It was a tough day for everyone, but hats off to those girls who fought for us endlessly.

"Now we can move on from that and the FAI have been fantastic. Since (FAI CEO) Jonathan Hill has come in, his leadership and his lines of communication with the team and our captain Katie McCabe. We have many people to thank and now we're looking forward to the qualifiers for the World Cup.

"Our main goal now is qualify for a major tournament and with all this behind us, it's a huge time for football in Ireland."