Leinster lock Devin Toner has been ruled out of the Guinness Pro 14 final against Glasgow at Celtic Park.

The 32 year old underwent a scan after falling awkwardly. He was twisted in a tackle by Munster prop Dave Kilcoyne. He needed help from two medics to hobble off the pitch and was walking with a crutch with his left knee heavily strapped at full time.

Toner is Leinster's only new injury concern for the trip to Parkhead and the knee injury will be further assessed this week.

Injury update: Devin Toner is to have a further assessment on a knee injury this week but has been ruled out of Saturday's game in Glasgow. Get well soon, @DevinToner4. 👊 #LeinsterRugby #GLAvLEI pic.twitter.com/1C2IhknIiN

Ireland coach Joe Schmidt will be among those anxiously awaiting news. Toner missed most of the disappointing Six Nations campaign after undergoing ankle surgery, but remains a key part of Schmidt’s World Cup plans.

Leo Cullen played down the significance of the injury after the match.

“We’ll wait and see,” the Leinster head coach said. “We’ll get him scanned and see how he is but, yeah, he’s moving a little bit gingerly on his knee. Just caught it awkwardly so we’ll see how he is.”

Meanwhile Cullen has hit out at the headline writers.

The Leinster boss is unhappy with the way his selection choices are being reported, in particular his decision to start Johnny Sexton on the bench.

"I see some of the headlines about the selections. I think people have a bit of a nasty edge."

“We work hard in the group, coaches make selection week to week depending on what we think the challengers are.” 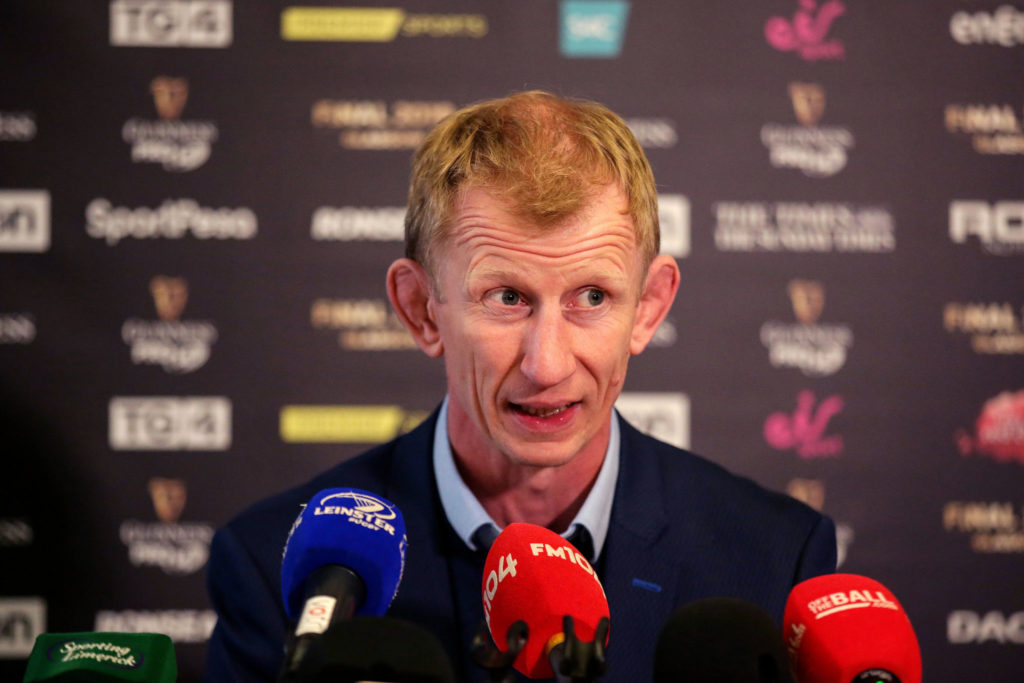 "You know we need to freshen up the group, surely people understand that. Some of the things I see, players being dropped and all this sensationalising some of the selections, I'm not a big fan of.”

With Rob Kearney and Sean O’Brien sitting out the semi final, the Leinster coaching staff have more tough choices to make his week. Devin Toner’s knee injury means Scott Fardy is expected to return to the second row.

Devin Toner to retire at the end of the season