Wales fly-half Dan Biggar says he knows how tough the task is for his team as they get set to face Ireland in the Six Nations in Dublin this Saturday afternoon.

The Northampton Saints man played well as Wales kick-started the defence of their title with a 42-0 win over Italy at the weekend.

Biggar hit thirteen points with the boot himself having been handed goal-kicking duties over Leigh Halfpenny, but the 30-year-old says the challenge facing them in week two is much tougher.

“We are fully aware going to Ireland is going to be a completely different challenge.

"We know how aggressive their defence is going to be in terms of their line speed and competing at pretty much every ruck.

“We want to play as much rugby as possible, but this week is probably when you have to roll your sleeves up away from home. You have to put the hard yards in first before looking to do anything too fancy, especially when your two away games are in Dublin and at Twickenham.”

Biggar said he is also firmly aware that home advantage is a big plus for Andy Farrell's Irish side heading into this game.

“We want to play as much rugby as possible, but this week is probably when you have to roll your sleeves up away from home."

Dan Biggar on a "different challenge" this weekend in Dublin 🍀 https://t.co/iIKZwspneR pic.twitter.com/QlDBGfPkbd

“The Aviva is a very difficult place to play. Ireland’s record there speaks for itself.

“They are very tough to beat. We know how difficult winning there is. We have done it before, but have come up short in the last few years. It is about making sure we go there and keep our error count down as much as possible. We know we have to play a bit better and front up.

“What is important for us is we have started the campaign really well result-wise and it is about building on that momentum. If we can pick up a win this week it really is all on.”

Wales coach Wayne Pivac has also provided an injury update ahead of this weekend's match - with hooker Elliot Dee, scrum-half Gareth Davies and centre Owen Watkin all set to be available after missing the Italy win due to injury.

Full-back Liam Williams suffered an ankle injury which ended his Rugby World Cup campaign in Japan early, and it's not yet confirmed whether or not he'll be ready in time to line out in Dublin. 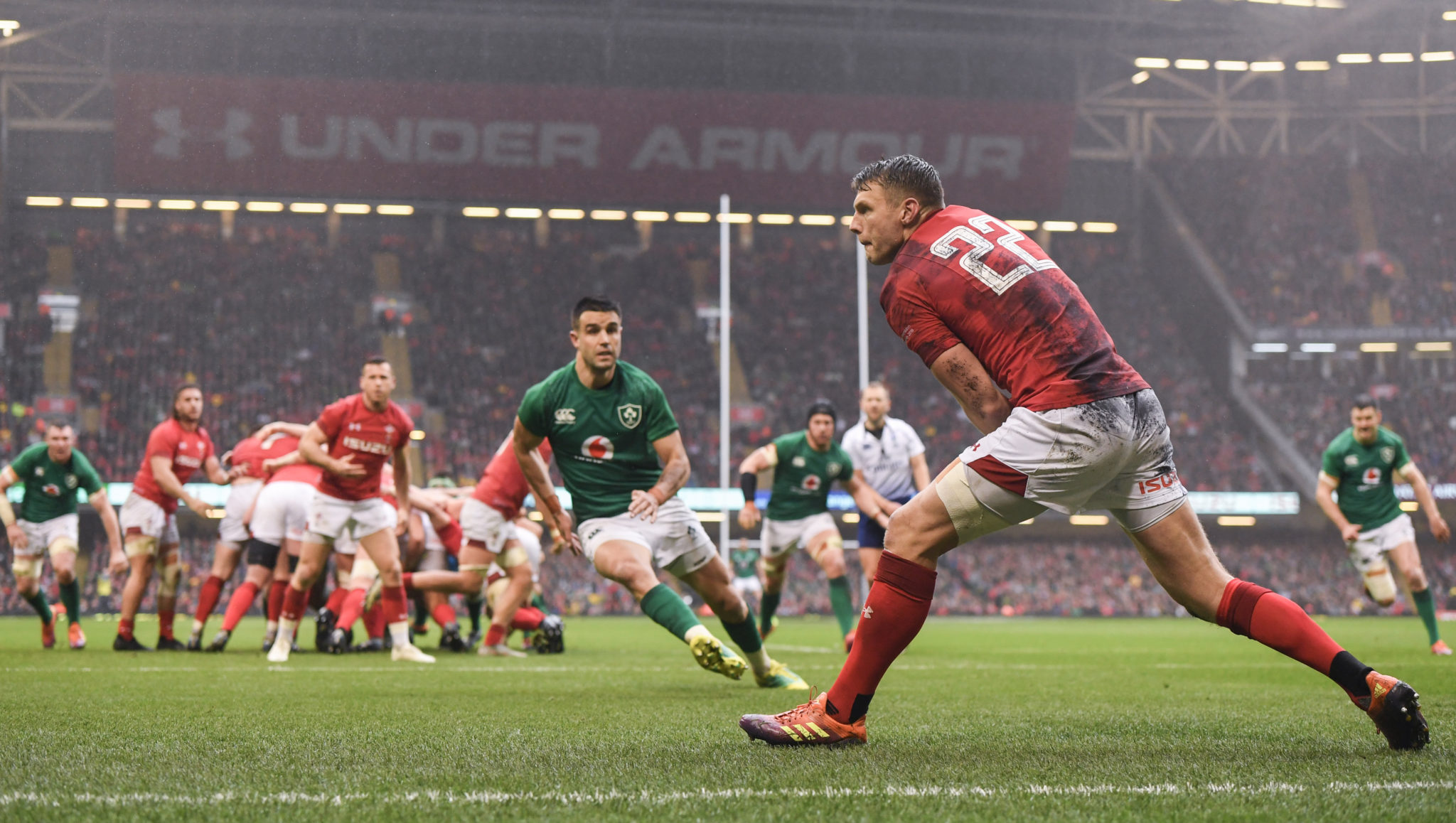 16 March 2019; Dan Biggar of Wales under pressure from Conor Murray of Ireland during the Guinness Six Nations Rugby Championship match between Wales and Ireland at the Principality Stadium in Cardiff, Wales. Photo by Ramsey Cardy/Sportsfile

“Gareth will be fine. He took part in the warm up (for Italy) and it was a precaution. If it was a World Cup final he would have been involved. From that point of view he’ll be available,” said Pivac.

“A lot of hard work needs to be done this week because the performance against Italy certainly wasn’t perfect even though we had a good-looking scoreline.”

Wales clinched their Six Nations and Grand Slam wins last March with a 25-7 win over Ireland. Hadleigh Parkes scored a very early try that day in Cardiff which set the tone, while the boot of Gareth Anscombe was also crucial in sealing victory.

New Zealander Pivac said that memory will hopefully spur on his team to get another big win this time out.

“All players will remember the last time they played against a certain opposition. If you don’t have your best day at the office you always want to improve on it next time round.

“I’m sure they’ll be no different. It’s a new competition with new coaches on both teams. We’re in the same boat.”