Bohemians are to donate the profits from the sale of their away jersey to the Movement of Asylum Seekers Ireland (MASI).

The initiative will be in place for the next seven days.

The current Bohs away shirt features the phrase 'Refugees Welcome' in place of their regular shirt sponsor, Des Kelly Interiors.

The jersey produced in partnership with Amnesty International and launched in February to highlight the "ongoing human rights scandal" of Direct Provision.

Bohemians say they "want to do more to show solidarity and help efforts to effect change that impacts the lives of people who have become friends and fellow supporters of our club."

Last season, the club used 10 per cent of the profits from its 'raised fist' away jersey to run buses to bring people from direct provision centres to Dalymount Park for every home game.

In announcing the latest profit-sharing scheme, Bohemians say, "While our supporter-led initiative to bring Direct Provision residents to games will continue when the easing of COVID-19 restrictions allows it to, we feel the current pandemic has further exposed the inequality of the system." 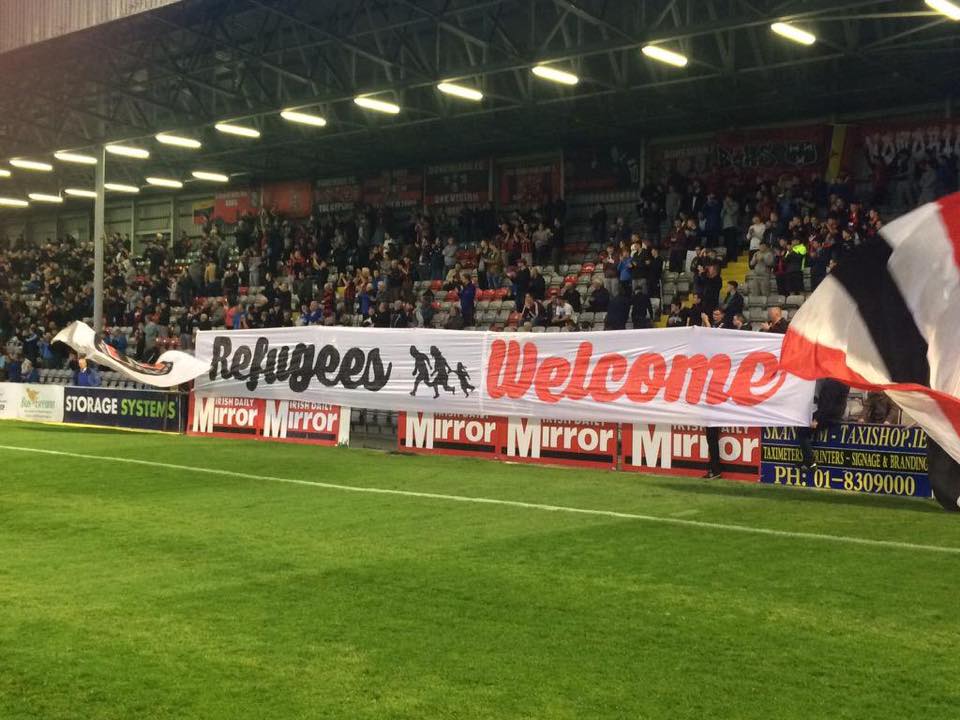 Bohs are due to return to action in a four-team tournament alongside Dundalk, Derry City and Shamrock Rovers behind closed doors next month, before the resumption of the SSE Airtricity Premier Division.

MASI activist Lucky Khambule said, "We are proud to once again work with Bohemian Football Club who have been great friends and supporters of MASI and our work for many years now.

"I would like to thank the club, its members and supporters for the solidarity they have consistently demonstrated through both words and concrete action."

The jersey costs €60 for adults and €50 for children, and is available via the Bohemians online store.

All profits through to midnight on Thursday June 18 will go directly to MASI.

Premier League players will continue to take the knee this season