Republic of Ireland underage international Will Smallbone registered his first assist in the Premier League in Southampton's win against Watford.

It was just his fourth appearance and third start in the English top-flight but the 20-year-old looked calm and assured as he took a touch and passed to Danny Ings for Southampton's opener in the 3-1 win on Sunday.

Smallbone replaced Stuart Amstrong in the starting lineup on the right of midfield but former Ireland international Damien Delaney noticed him drifting toward his more natural central midfield position during the match.

"He is a very technical player. He looks a really, really fit guy, really slim and really lean but he's not a right-sided player," said Delaney after commentating on the game for OTB Sports.

"He doesn't want to be kind of fulfilling a defensive role where he is running up and down, helping the full-back, receiving the ball in areas that he wouldn't be used to.

"From receiving it central where you kind of have a picture of what's going on as opposed to receiving it wide and it's you and the full-back and then when you do get it, you need a turn of pace.

"There were a few times I noticed, when he did tuck inside into a central position to try and get involved and get on the game and he did get on it, he kept it moving, he hit a great cross-field pass." 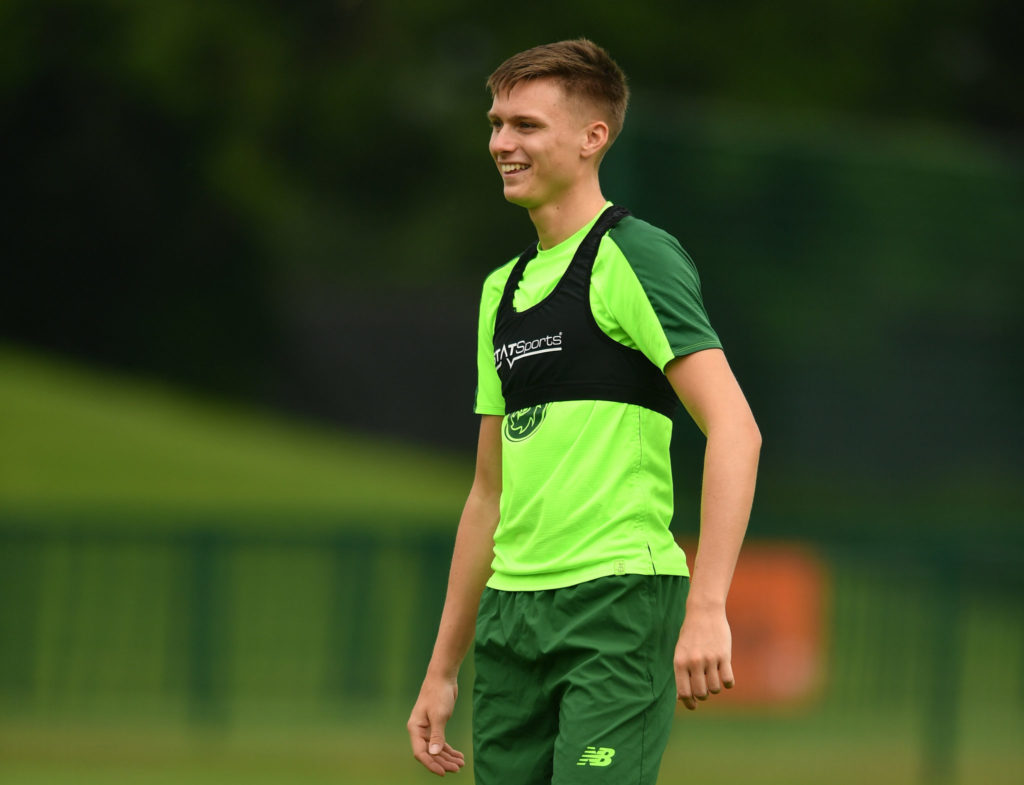 24 June 2019; Will Smallbone during a Republic of Ireland Under-19 training session at FAI National Training Centre in Abbotstown, Dublin. Photo by Sam Barnes/Sportsfile

Smallbone has been capped for Ireland at under-19 level and also at under-18 level by current under-21 manager Jim Crawford who would likely bring him in for the remaining European Championship qualifiers.

He could yet find himself in Stephen Kenny's plans though, as the senior manager assesses his options ahead of Nations League games and the Euro 2020 play-off later in the year.

The player qualifies for Ireland through his mother, a Killkenny native, and he recently spoke of his international ambitions in the Southampton Echo.

"It’s a massive dream of mine to go on and become a full international," said Smallbone.

"To have people like Michael [Obafemi] and Shane in the team who have both played for Ireland is really helpful.

"Longy’s been there ages and to have him next to me in the dressing room is great because it means I can learn off him.

"He’s a good guy and he’s been helping me through the games to keep me calm so that I can show what I’m capable of."

Like Long, Smallbone has also recently signed a new deal to secure his future at St Mary's.

Delaney explains why it will be crucial for him to make the most of what he is being taught by his coaches at the club after each appearance that he makes in the Premier League.

"For him to get a start, not just minutes, in the Premier League is a huge part of his learning curve," said Delaney.

"The manager clearly believes in him and [the Watford match] will only stand to him. The fact that they won as well, it's always easier to learn.

"When he goes in to review his performance [on Monday morning] with his coaches, or whoever it is, it's great reviewing a game that you haven't maybe played outstandingly well in but you've won because the mood is always much better. The manager can point things out to you.

"When you are only starting out and you have lost, the manager is saying to you, 'Well we lost, maybe you should have done this, you could've done this' and there's a bit of an edge to it.

"I always found that when you were speaking to coaches after a win and you didn't have a great game, it was an awful lot easier.

"So for him when he goes to review it, it'll be a great one, it'll be a fantastic review because they won the game of football.

"The manager or whichever coaches he deals with will be in a good mood and it will be a great part of his learning experience."