Former Dublin defender Paddy Christie says Jim Gavin's replacement should be prepared to put his " life on hold " due to the demands of inter-county management.

Gavin ended his seven-year reign in charge of the Dubs last weekend after winning six All Ireland Senior Football titles.

The Ballymun Kickhams man is involved with DCU's Sigerson Cup side and at the draw for the Electric Ireland Higher Education championships, he gave an insight into the demands of the job.

"I’d assume that was because they were the only times that he had.

"I just don’t know how somebody can do that and it’s a question for the GAA long-term for any of the counties. I know it’s a very dangerous question but I don’t know how people can keep on doing this.

"They’ve added so many strings, so many different aspects to the whole preparation and somebody has to coordinate all of them and that person has a lot on their plate, it’s a full-time job.

"I think that’s really why there are so many teachers involved because they do have that bit more flexibility with hours and summer holidays." 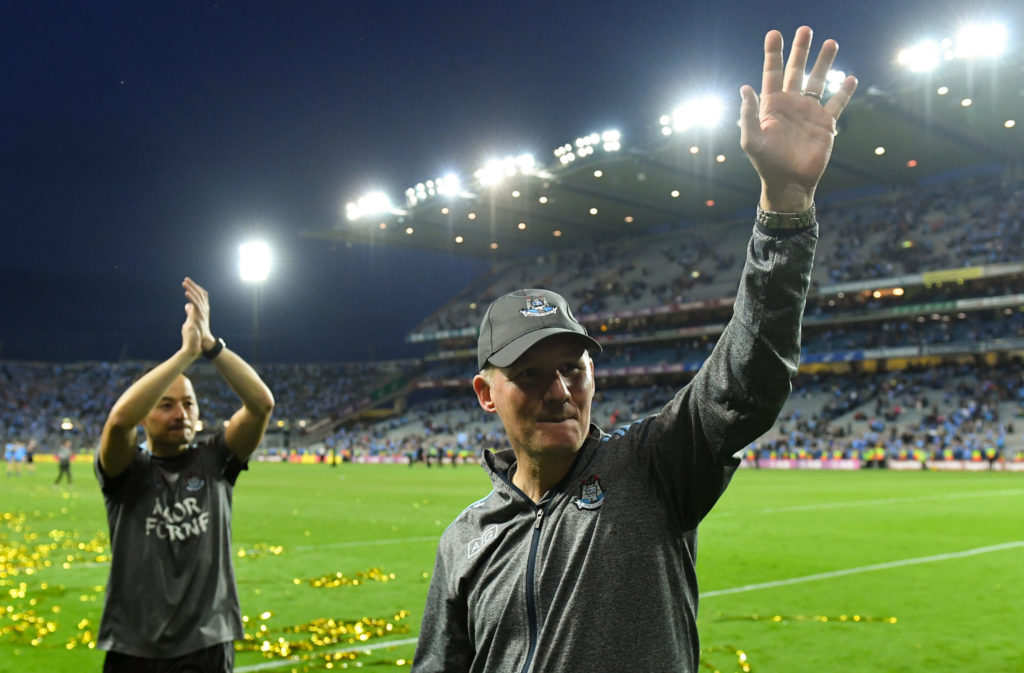 Christie added: "It’s getting to the point where it will have to be cut back or they’ll have to make a big decision, the GAA, on where managers are going.

"It’s just too much work, the workload is enormous.

"It’s grand saying, ‘if you’re a principal of a school you can take a few phone calls and things like that’.

"But it doesn’t work like that. Schools are busy places and no matter what profession you’re in, I don’t know of any profession really that wants someone to be a ghost of a person or someone who’s half there.

"I don’t think any organisation would want anyone high up to be involved in or having a semi-involvement — they’d want somebody that’s committed and I think anyone that’s involved with the GAA at inter-county management level, they can’t master the art of bilocation so it’s a difficult job.

"Ultimately, I think the GAA will have to have a long, hard look at things and maybe look at the likes of people taking career breaks and that. Stress-wise, I can only imagine what some of these fellas are going through."

Christie also believes his former team-mate Dessie Farrell should be the man to replace Jim Gavin.

“I’d imagine Dessie Farrell has to be top of the pick because of what he’s done."

Christie will be part of the Tipperary Senior Football management team under David Power for 2020.

'We've a lot of food for thought' | Farrell on Dublin relegation