Listen to this episode

Doug Jones has been described as the most famous actor you've never seen. If you grew up in the 90's however this man was most definitely a significant part of your childhood and you may not even realize it. From his terrifying portrayal as the lead gentleman in Buffy the vampire slayers 'Hush' episode, to the iconic Billy Butcherson in Disney's Hocus Pocus Doug has played roles iconic and at times terrifying. 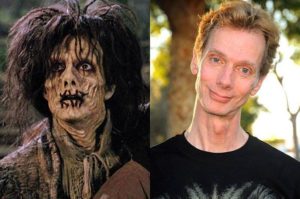 His recent role as the Amphibian man in Guillermo del Toro's oscar winning 'The Shape of Water' was critically acclaimed and continues his long working relationship with del Toro having previously been cast by him in movie's like Hellboy & Pan's Labyrinth.

He now returns to our screens as Starfleet first Kelpien Saru in Star Trek Discovery season 3 which premieres October 16th on Netflix in Ireland & the UK. 98FM's Karl Dawson had the chance to catch up with Doug ahead of the new season in which they discuss Saru's character, Season 3 and his long and thriving career. 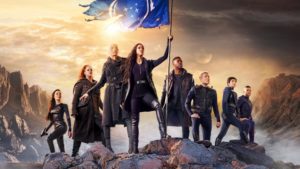 Meet The World's Only Genealogy Butler, Based At Dublin's Shelbourne Hotel