Pensioner in Ballymun Still Waiting For Gardai... 12 Hours After Her House Was Broken Into

Listen to this episode

This morning on Dublin Talks, we spoke to the daughter of a 76 year old woman from Sandyhill Gardens in Ballymun. Her House was burgled last night 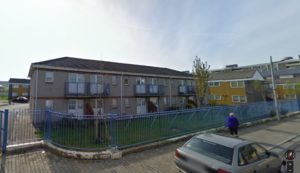 To make matters worse, we then discovered on air, that the Gardai still haven't arrived to the scene of the crime... 12 hours later

Take a listen to her call:

Pensioner in Ballymun Still Waiting For Gardai... 12 Hours After Her House Was Broken Into

Dublin Talks were relieved to hear from Edel after the show, she messaged us on Facebook to say that five minutes after our conversation with her on air, the Gardaí arrived at her mother's home "thanks to your voice the police arrived 5mins after your show, thanks again".