Protesters have blocked the roadway on South William Street in the city centre.

The Irish Pedestrian Network, the Dublin Cycling Campaign and the Dublin Commuter Coalition have declared the street a clean air zone. 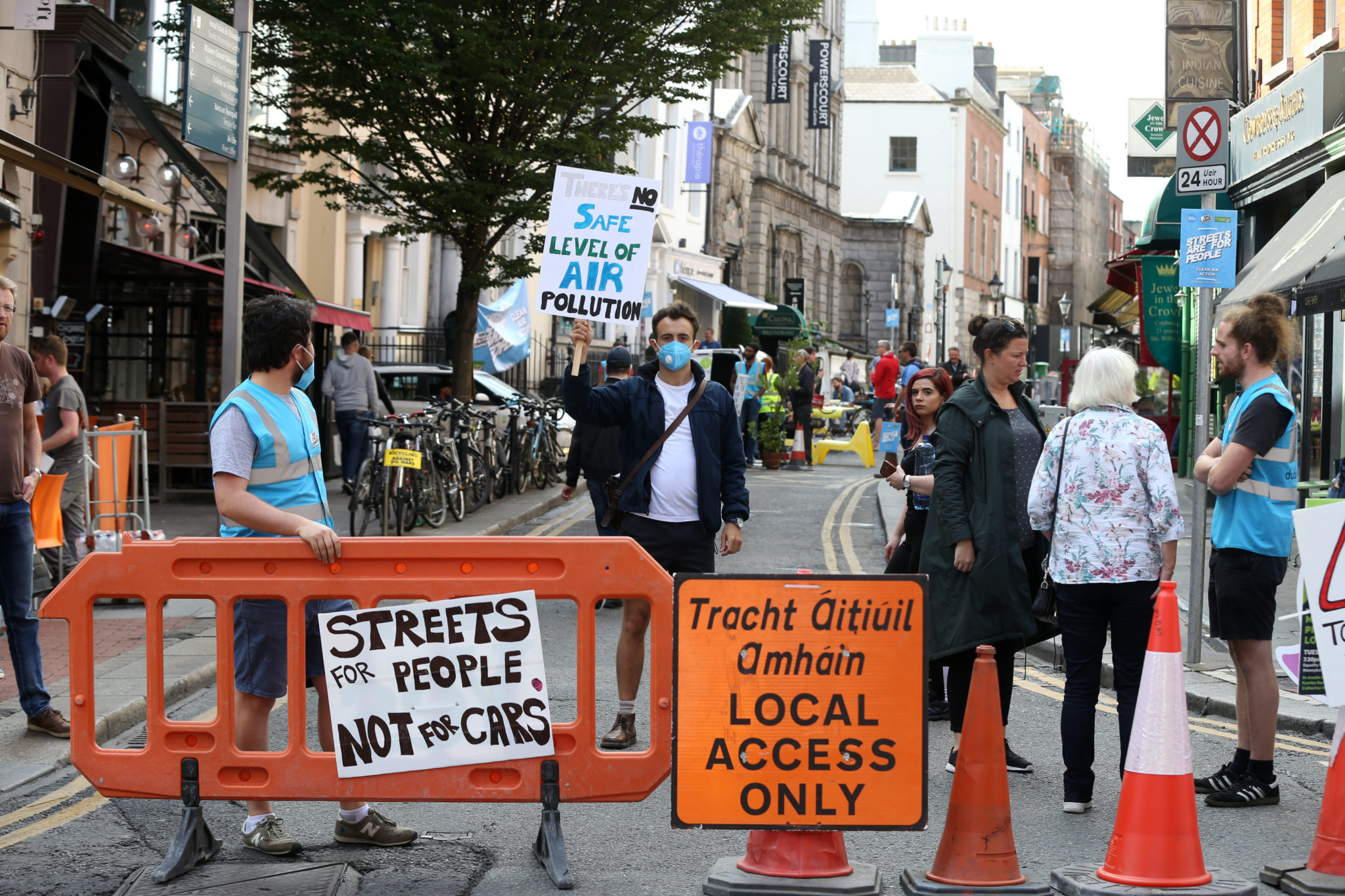 They are calling on Dublin City Council to pedestrianise the area.

We have occupied South William Street and declared a #CleanAirZone until 7pm. A viable pedestrian plan has been stalled for almost a decade on this street. #StreetsAreForPeople pic.twitter.com/avArSHcb3y

She says "The rate of pedestrianisation of the city centre has to happen faster.

"We know that it has all sorts benefits in terms of air pollution, and we saw last week that there are frightening levels of air pollution that breach EU levels in the city at the moment." she added.

Councillor Hourigan continued "But also there's a practical reality that we have a very congested city and the level of traffic we have - even in the historic quarter is unsustainable.

Protesters plan to block the street until 7 o'clock this evening.

Couple Jailed For Genital Mutilation Of Their Daughter